This month, we’re offering you a uniquely personal view of Joseph Campbell at a pivotal juncture in his life and work. 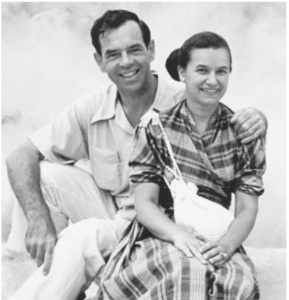 At the beginning of his career, Joseph Campbell developed a lasting fascination with the cultures of the Far East, and explorations of Buddhist and Hindu philosophy later became recurring motifs in his vast body of work. However, Campbell had to wait until he was 50 to visit the lands that inspired him so deeply. In 1954, he took a sabbatical from his teaching position and embarked on a yearlong voyage through India, Thailand, Cambodia, Burma, Hong Kong, Taiwan, and finally Japan. He encounters an Asia that shocks and transforms him.

Asian Journals combines the two hardcover editions of Campbell’s journals, Baksheesh & Brahman and Sake & Satori, into one paperback volume, an edited day-to-day travel diary of the people he met and the historical places he visited on his trek through Asia. Along the way, he enlivens the narrative with his musings on culture, religion, myth, and politics, describing both the trivial and the sublime. 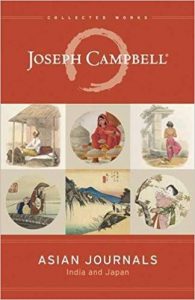 This volume includes over a hundred of Campbell’s own photographs and sketches, as well as maps and copious notes to give context to Campbell’s thoughts and observations.

As always, Campbell’s keen intellect and boundless curiosity shine through in his lucid prose. From these pages, Campbell enthusiasts will come away with a deeper understanding of the man, his work, and his enduring legacy.

This paperback omnibus edition is the newest title in the Collected Works of Joseph Campbell print series, published by New World Library.

“Campbell interrogates his own prejudices, dismantles them and builds the foundations of what has become an influential way of thinking about the world’s religions.”
― Publishers Weekly about Baksheesh and Brahman

“Campbell has become one of the rarest of intellectuals in American life: a serious thinker who has been embraced by the popular culture.”
― Newsweek

“In our generation the mythographer who has had the fullest command of the huge scholarly literature, the analytic ability, the lucid prose, and the needed staying power has been Joseph Campbell.”
― Commentary