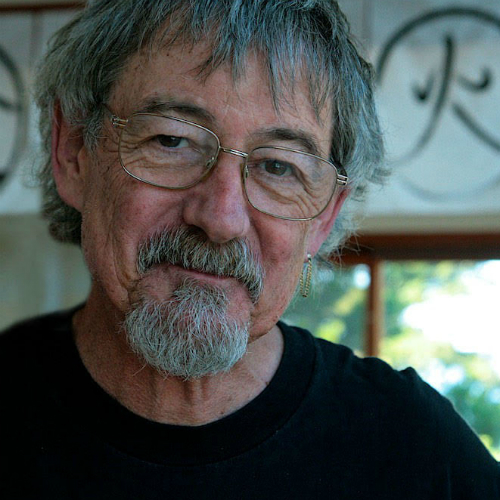 After a sojourn in a Jesuit novitiate, Bob taught elementary school (English, Social Studies, Physical Education) before earning a B.S.S. from Northwestern University (1969). After helping to create and inaugurate the American Theater Institute (Aspen CO), he was awarded a Ford Foundation Fellowship to pursue an M.F.A. at Stanford, where he created, and was appointed Faculty Resident of, that university’s first interdisciplinary arts residence. He was a consultant to the Board creating California Institute of the Arts (Cal Arts, Valencia CA) and a founding Faculty Fellow for the school’s inaugural season. In that capacity, he mentored several dozen undergraduates, taught an array of courses, and created, edited, and published the innovative BOX: a mixed-media quarterly, featuring work by Dick Higgens, Nam June Paik, Ben Lifson, Allison Knowles, Richard Kostelanetz, Emmett Williams and others. During this interval, he also lectured widely on experiential education.

Bob spent the next decade working in the professional theater as a director, playwright, and production manager. Highlights from those years, some of which he recalled for The Primary Stages Off-Broadway History Project, include his time as production manager for the Royal Shakespeare Company’s Broadway production of Sherlock Holmes and for the Repertory Theater of Lincoln Center; the off-Broadway productions of his plays Haiku: an Environmental Construction for the Theater Based on the Words of the Gods & Other Poets at Rosetta LeNoire’s AMAS Repertory Theater and Details (of the Sixteenth Frame) at Jean Erdman’s Theater of the Open Eye; national tours with such talents as John Cullum, Sandy Dennis, Colleen Dewhurst, George Grizzard, Paul Lipson, Yvette Mimeux, John Neville, Maureen O’Sullivan, William Shatner, and Julie Wilson; and many delightful years with Hume Cronyn and Jessica Tandy, for whom he served as production supervisor, director, and/or writer on various productions, including their four-play Samuel Beckett Festival, which featured the world premiere of Not I.

Meanwhile, Bob continued his commitment to education by serving as Faculty Artist-in-Residence at North Carolina School of the Arts (Winston-Salem NC), where he conceived & directed Grassroots Genesis (a Collective Creation in Celebration of Community) and at Union College (Schenectady NY); by designing learning games for the East Harlem Tutorial Project; and by creating for the Performing Arts Foundation (Huntington NY) a federally funded program to train artists to work in schools. He also began a quarter-century-long career as a corporate communications consultant, whose clients have included the Bell System’s Advanced Mobile Phone Service, General Electric Credit Corp., McGraw-Hill, Gordon & Breach Science Publishers, Knoxville World’s Fair, and others.

In 1979 Bob began work with Joseph Campbell on several projects, including his multivolume Historical Atlas of World Mythology. Soon, Campbell asked Bob to be editorial director of the Atlas, and in 1982, they co-founded Van der Marck Editions to develop and publish that opus and “significant works that contribute to an understanding of our cultural heritage, the complex world in which we live, and the uncertain future that we face.” VdM Editions quickly became known for “books of the highest quality at competitive prices,” and the company grew explosively. For the next five years, Bob continued his work with Campbell and also served as VdM Editions’ C.O.O. and editorial director, acquiring, developing, editing, and supervising the publication of over thirty hardcover, trade paperback, and limited edition titles by, not only Campbell, but also, among others, Eric Fischl, Marija Gimbutas, Jamake Highwater, Dr. Albert Hofmann, Gerard Malanga, Jerome Rothenberg, Waverley Root, and Dr. Richard Evans Schultes.

As Campbell’s literary executor, following the famed mythologist’s death in 1987, Bob completed and supervised the posthumous publication of Volume I (two books) and Volume II (three books) of his Historical Atlas. Subsequently, he was appointed executive editor of the Collected Works of Joseph Campbell, and he continues to produce and direct the publication of Campbell’s oeuvre in print, audio, and video.

In 1990, when Bob and Joseph Campbell’s widow, together with his family and close friends, founded the Joseph Campbell Foundation (JCF) Bob was named vice president and executive director. He was appointed JCF president in 1998.

Bob has presented papers, led seminars, and conducted workshops at and for such institutions as, among others, the New York Open Center, the Aspen Institute, Palais Athena Cultural Centre (Sao Paulo), the Arkansas Art Center, Unipaz (Brasilia), Esalen Institute (Big Sur), the Smithsonian Institution, and two Parliaments of the World’s Religions (Chicago, 1993; Cape Town, 1999), where he also served a member of the Assembly.

Returning to the theater in 1995, Bob was production manager of the Marin Shakespeare Festival for two seasons. At the same time, while serving as co-Chair of the Theater Arts Program of a community foundation known as Ross Valley Community for Schools (now: YES!), he created and ran an innovative program known as KidTech (Golden Bell award, 1997). While their peers in grades 3–8 performed in full-scale, professionally directed, musical theater productions, Kidtechs (supervised by older students and mentored by working theatrical designers and technicians) design, build, and run scenery and props, operate lighting and sound equipment, and serve as video camera operators or video directors, recording and editing the performance in real time.

Bob has been featured in a number of films, including Mythic Journeys (2008), written, directed & produced by Steven & Whitney Boe; Finding Joe (2011), a film by Patrick Takaya Solomon; Wake Up Darkness (2012), a film by Israel Kacyvenski; Geek and You Shall Find (2019), directed by Brad Faye; and William Shatner’s Get a Life!

Bob was a founding Trustee of United Religions Initiative (URI), a member of its Global Council, and, briefly, URI’s Treasurer. For over a decade, he served on the Living Tao Foundation Board of Directors, as an ex-officio member of the Board of Opus Archive & Research Center. and on the Advisory Board of Spring: a Journal of Archetype and Culture. He is currently on the Editorial Board of Immanence: The Journal of Applied Mythology, Legend, and Folktale.

Bob and his wife, Nola Hague, a software executive, who have two sons, C.J. and Colin, lived for twenty-five years in Marin County, CA, where he coached youth soccer and track & field, mentored aspiring theater artists, and served for thirteen years as an elected member of the Tamalpais Union High School Board of Trustees.