As you know, this month JCF is celebrating James Joyce, who was an important influence on the work of Joseph Campbell, and continues to be an important influence for many of my colleagues and friends affiliated with the Joseph Campbell Foundation. But I must admit that I’m at a bit of a loss regarding the way to distill the essence of James Joyce in a MythBlast. It’s not that I’m unfamiliar with Joyce; to the contrary, I’ve read Joyce most of my adult life. It is impossible not to regard James Joyce as a giant of the modernist movement and, despite the too common currency of the word these days, a genius. But I find that in his books, Joyce remains distant, difficult to know, unknowable in the way that one feels one knows Hemingway or say, Virginia Woolf. This lack of knowing, this authorial distance or remove, exists as paradox in the most autobiographical of authors.Paradox is the word that best defines Joyce, it seems. Lionel Trilling wrote that in Ulysses particularly, Joyce exhibited an intrinsic “sympathy for progressive social ideas.” Relying on Ulysses alone, one easily assumes the author to be politically liberal, democratic, protective of individual rights, and supportive of social and political reformation. But Dominick Manganiello, in his work on Joyce’s politics, concludes that Joyce was a libertarian. And then there’s the matter of Joyce’s nuanced relationship to religion. While Joyce categorically denounced the Catholic Church, some of the subject matter of Ulysses sincerely wrestles with profoundly religious concerns and intimations. Some catholic supporters of Joyce argue that he reconciled with the church prior to his death, and in an interview, during which he was asked when he left the Catholic Church, Joyce replied, “That’s for the Church to say.” On the one hand he adored Nora Barnacle; so much so, that he memorialized the date of their first encounter, June 16, 1904 as the single day within which the narrative of Ulysses unfolds. He was capable of summoning feelings of great love, and yet he was often faithless, self-centered, and unthinkingly cruel to her. Joyce was both highbrow and lowbrow at once: he was undeniably the brilliant stylist of literature, something of an elitist and an aesthete, dandyish, spendthrift; and yet had remarkable affection for and concerns about the plight of everyday, ordinary, anonymous people barely eking out livings in the great urban sea of everyday life. Joyce granted some of the faceless mass immortality through his indelible characterizations and satires of them. His family was often nearly destitute during Joyce’s adolescence and in the early days of his adulthood, his father having squandered, if not a fortune, at least a very sizable nest egg. Perhaps, better than anyone, Gertrude Stein summed up the paradox of James Joyce when she remarked, “Joyce is a good writer. People like him because he is incomprehensible and anybody can understand him.”

Paradox is the métier of myth, and the more intensely paradoxical one’s situation, the more deeply one finds oneself in the mythic world. Paradox is the most present and identifiable feature of the sublime mystery commonly referred to as the divine. Joyce’s writing, as well as his life and biography, abound in paradox and I don’t think it a stretch to call him the most mythological of modern writers. Furthermore, I don’t even think it is a stretch to favorably compare Joyce with Sophocles; like Sophocles, Joyce has a great compassion for those unfortunates who have to bear difficult fates, he empathizes with those who find themselves struggling with, and ultimately pinned beneath Fortuna’s revolving wheel. 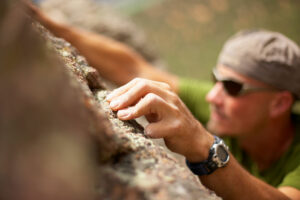 Finnegans Wake has a distinctly mythic, cyclical structure, and one can’t help but recall Joseph Campbell’s remark that dreams are private myths, and myths are public dreams. HCE’s somnambulistic journey through dreams and a bad conscience has the familiar mythic elements of finding oneself in a strange world with unfamiliar physics, populated with challenges and terrors (not the least of which are the ten one hundred letter words scattered through the text), and finally emerging once again into the familiar light of day, transformed and renewed. Wake’s narrative pattern is, as is its entire form, circular and recursive, falling back onto and into itself and reemerging from the murky dream and myth-like darkness with new directions and insights; worlds coming into being and dissolving, Brahman-like, dreamt by the dreamer dreaming the dream of the Universe. What Picasso’s cubism did for the visual arts, in his last two books Joyce did for the literary arts. I don’t even pretend to fully comprehend Joyce, but as he wrote in Ulysses, “I’m almosting it.”

Click here to find out more about A Skeleton Key to Finnegan’s Wake and Mythic Worlds, Modern Words, Campbell’s works on Joyce.