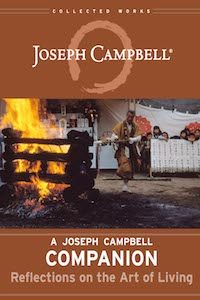 What the holy grail symbolizes is the highest spiritual fulfillment of a human life […] It has to do with overcoming the same temptations that the Buddha overcame: attachment to this, and that, or the other life detail that has pulled you off course (Joseph Campbell, A Joseph Campbell Companion: Reflections on the Art of Living, 72)

Masters of the art of living often remind us that even the highest spiritual fulfillment in life can’t stand apart from the journeying itself. One may be struck on the road to Damascus, but spiritual enlightenment is equally about what happens afterwards, and for the rest of your life. The secret of the art seems to lie within one’s ability to reflect, a form of recollection that requires one to look back as well as continually move forward in time.

But what is the fundamental insight that leads to the fulfillment of life? To begin with, the answer to this question cannot be something so complicated and obscure that only a few ‘mystic specialists’ could have access to it. On the other, it cannot be so simple and basic that it will lack the power to challenge our whole being, failing to push us on to our greatest adventure. Like the quest for the Holy Grail, the question of the meaning of life is designed to be both at once: completely mundane and familiar as well as absolutely transcendent, et fascinans. Like falling in love for the first time, along the journey to fulfillment, the whole world is transfigured, down to its meanest details, in the radiance of the One. 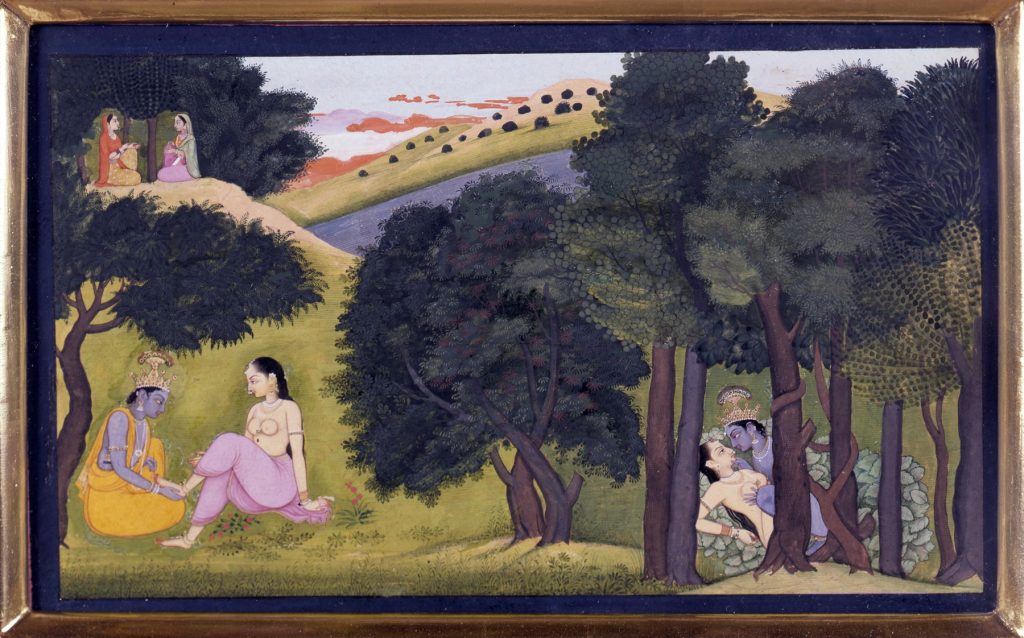 Radha & Kṛṣṇa as Lovers, from the Gita Govinda (gouache on paper, India, c. 1780. Courtesy of the Walters Art Museum; used through a Creative Commons license)

The fact that marriage itself symbolizes such a paradoxical idea—mundane human cohabitation and the highest spiritual achievement—is not a total surprise. It is, after all, a cross-cultural concept that mingles the divinity of love with the profanity of everyday life. In its archetypal dimension, therefore, even the most ordinary marriage points to the miracle of the sacred—an insight into the marriage of the finite with the infinite, which holds the key to the lowest and highest mysteries of human life. A symbol of transcendence and immanence at the same time, marriage encapsulates our ultimate spiritual and biological fulfillment without contradiction.

Being both real and ideal, the profundity of a marriage does not require religious ideology to prove its vital essence and purpose. Joining the profane and the sacred, sexuality and love, marriage brings selfishness to extinction in the fusion with the greater whole. For this reason, marriage is also intimately linked with death, that mother of all ciphers, which is the hidden primordial background of all metaphysical experience.

Joseph Campbell was also keenly aware of the mysterious conjunction of marriage and death, from a mythological standpoint. He saw how its metaphysical content is carried through to its basic functions, the drive to propagate the species and the rearing of children:

Marriage and Killing are related. The Marriage is the killing of your separateness. You’re becoming one part of a larger unity. You’re no longer the separate one. In Egypt Osiris begets his hero son Horus when he is dead. When you have begotten a son, you are now secondary. The son is primary and you’re there as a fostering presence; you are no longer number one. And this is death to your primary existence, do you see? So these two things are linked up very strongly, death and marriage ceremonies have a lot in common.

The self-sacrificial logic of myth and ritual in this regard is particularly clear, but Campbell raises the stakes even higher: marriage is not a question of idle speculation but a premeditated act of killing one’s ego that begets a new life. Consequently, the sacrificial killing of the alienated ego results in the ability to foster the future of ourkind. In this puzzle of mighty opposites, ultimate fulfillment and the meaning of life may be grasped. As he developed the notion of the death drive (todestrieb), Freud saw in the processes of death more than an image; he saw in death a dynamic process of self-transcendence that is internal to life itself, not some intrusion from the outside which cuts life short, but an expression of life’s inner drive to descendence which returns to its material origin:

If we are to take it as a truth that knows no exception that everything living dies from internal reasons—becomes inorganic once again—then we shall be compelled to say ‘the aim of all life is death,’ and, looking backwards, ‘inanimate things existed before living ones.’ (Freud, Beyond the Pleasure Principle, 45–46)

Jung for his part reckoned with the cultural resistance to this problem—so little understood in general and least by those who would benefit the most:

We are so convinced that death is simply the end of a process that it does not ordinarily occur to us to conceive of death as a goal and a fulfillment, as we do without hesitation the aims and purposes of youthful life in its ascendance. (Carl Jung, Structure and Dynamics of the Psyche, 797)

Death as the goal and fulfillment of life, as ultimate meaning? A good death, like a good life, depends on our ability to let go. Although it may be more difficult to sell the meaning of life when its purpose is simply to let it go, it is a fundamental insight into our mortal condition with the potential to transform our immortal soul. The readiness is all.