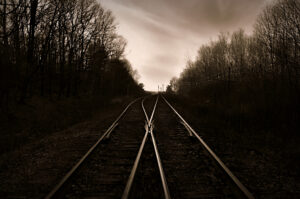 I had just left a job that I loved running a theater school because it no longer served my family’s needs. I knew that I wanted to start editing again (I had done a lot of freelance editing over the years — mostly for magazines), but wasn’t sure where to start.I loved books. I loved stories. I loved myths. I just wasn’t sure how to turn those passions into my work.

I was, in Joseph Campbell’s terms, on the threshold of adventure. Didn’t feel like it at the time.

Now my wife, Maura Vaughn, in addition to being wonderful and supportive, had  served as the “voice of JCF” for a few years at that point — the announcer for all of the audio lectures that foundation has released. (That’s her lovely voice welcoming you at the beginning of every recording and thanking you for listening at the end.) While I was floundering, contemplating my options, Maura was trying to schedule a recording session with the person who at that point ran JCF’s media programs: Mark Watts.

Usually, Mark was very professional in his dealings with Maura. This time, however, Mark kept changing the times on her — totally out of character. Finally, Maura asked him what was going on.

He gave an exasperated sigh and said, “There’s this book…”

“I know! But we gave this book to an editor, and he’s made a complete mess of the manuscript, and [JCF President] Bob Walter can’t take it on so he’s handed it to me to fix, but like you said I’m an audio guy, not a book guy, but we need to get this book ready for the publisher—”

“Mark,” said my wife, “are you looking for an editor?”

“Well, I may know one. One who knows a lot about myth and Campbell. If I put him in touch with you and Bob, do you think maybe you could schedule a session with me that we can actually keep?”

That afternoon, I got a call from Bob. He had me work on a chapter of the book — which the editor had indeed made a complete mess of. The next day, he called again and asked me if I wanted to handle the publications program for Joseph Campbell Foundation.

I accepted, and have been privileged to continue in that position for the past eighteen years.

In his interviews with Bill Moyers, The Power of Myth (which I watched with Maura when it was first on the air), Campbell says, “Follow your bliss and don’t be afraid, and doors will open where you didn’t know they were going to be” (150).

I had no idea just how directly he was speaking to me.

For more about Campbell’s idea of following one’s bliss, check out one of the books I’ve had the joy of bringing to life, Pathways to Bliss: Mythology and Personal Transformation which explores all of the ways that myth can support the individual as they journey through life.

David Kudler oversaw the publications program of Joseph Campbell Foundation from 1999-2022, serving as managing editor of the Collected Works of Joseph Campbell. He has edited three posthumous volumes of Campbell’s previously unpublished work (Pathways to Bliss, Myths of Light and Sake & Satori). In addition, he has managed the publication of over seventy print, ebook, audio, and video titles, including the third edition of Campbell’s seminal The Hero with a Thousand Faces. He is founder, publisher, and editor-in-chief of Stillpoint Digital Press. An author as well, he released Risuko, a young-adult historical adventure novel, in June, 2016. He is currently working on the sequel, Bright Eyes.