Joseph Campbell thought a lot about the differences between Eastern and Western mythologies, and one of the key distinctions he identified lies in the degree to which the absolute truths that condition, guide, and can inform our lives, are transcendent – and there are some wrinkles in the way the West defines transcendence.

“In Occidental theology, the word transcendent is used to mean outside of the world. In the East, it means outside of thought.” (Myths of Light, 6)

Let’s start with the West.

In Myths of Light Campbell recalls an illuminating exchange with Martin Buber who had just finished a lecture on the ineffability and transcendence of the Judeo-Christian God. After the lecture Campbell asked Buber,

“I don’t know what you mean by God. You’re telling us that God has hidden his face. Now, I’m just back from India, where people are experiencing and beholding God all the time.”

This caused some commotion.

Buber apparently “…backed away and then, acting as though it were an inconsequential matter, he said, ‘Everyone must come out of his exile in his own way.’” (Myths of Light, 2)

Buber finds us wandering in eternal exile, separated from God, from the ground of our spiritual existence. Normally, one might think, religion does the job of bridging this chasm — but no. Campbell was fond of quoting Carl Jung’s observation to the effect that: “the purpose of religion is to keep us from having religious experiences.”

In the West, direct experience of God is kept safely locked away from spiritual pilgrims by the fortress walls of divine transcendence. The Gospel of John, which identifies Jesus with the transcendent figure of God the Father, was preferred to the apocryphal Gospel of Thomas, which suggests that “the kingdom of the Father is spread out upon the world, but men do not see it.” This stark transcendence shows up most famously, perhaps, in Exodus. Moses wanted to see God. God explains, patiently, that no one can look at His face and live (Exodus 33:20). Moses insists and then almost dies from getting a glimpse of God’s backside (Exodus 33:22).

These are examples of the “official” version. God lies beyond understanding and experience. We are only given a taste of this transcendence through the intermediaries of a sacred text, an assortment of prophets, and the communion wafer. All of these establish a relation to, rather than a possible identification with, the infinite — and with our own spiritual authenticity. We are always in exile — always wandering towards, never quite being with.

But there’s a problem here.

If transcendence were truly transcendent, how could we know about it at all? If God lies beyond the possibility of thought or understanding, then how can we think about this transcendent G.O.D. at all?

By contrast, under most Eastern mythologies — consider Hinduism, Daoism, and Buddhism — we can follow a trail of breadcrumbs toward what we have not yet, but eventually may, experience. These experiences are transcendent to our normal understanding, but only at first. Eventually, with sufficient practice, diligence, and luck, we can come to identify with and experience realities that transcend our mundane, and less authentic, selves. Why?

In the West this is a problem. In the East it’s a feature.

It’s a problem in the West because, the way transcendence has been defined prevents mythology from performing one of its primary functions:

“…to present an image of the universe that connects the transcendent to the world of everyday experience.” (Myths of Light, 5)

In the West this connection is still funneled through religious institutions, and anyone who stepped around these officially sanctioned relationships, typically as a result of mystical and direct experience of the divine, wound up in great personal danger. One of my teachers liked to note that whenever the Church ran into a real mystic, they either turned them into a saint or burned them at the stake.

This officially sanctioned definition of transcendence has permeated our culture in the West and, to that degree, cuts people off from making a personal, spiritual quest. It also puts that power in the hands of religious institutions. But people manage to pursue and experience transcendence anyway. How?

Campbell quotes Schopenhauer who referred to the paradox of leaky transcendence as the “world knot” noting that “If we could understand that, we would understand all, but it cannot be understood.” (Myths of Light, 38)

It’s a knotty knot for sure, but I want to call it a naughty knot because of the tantric implications of kundalini, and because it embodies a kind of flirtation between the infinite and the finite characteristic of the experience. This Gordian Knot is at the heart of how the transcendent and the immanent are intertwined, symbolized by the interlaced upward and downward pointing triangles we find in the west, or in the interlaced arms and legs of Shiva and Shakti in yab yum. Such a knot cannot be untangled but only cut through by experience yoked to raja yoga in the case of kundalini, or to bhakti yoga in the case of, let’s say, praying the Rosary.

So, for those of us raised under Western mythological frameworks, how are we supposed to experience transcendent truths when the official definition says we can’t? All we have to do is follow the footsteps of the Buddha — or Jesus, or Mohammed — and quit worrying about definitions.

Our feet are already soaking wet with transcendence.

Thanks for musing along. 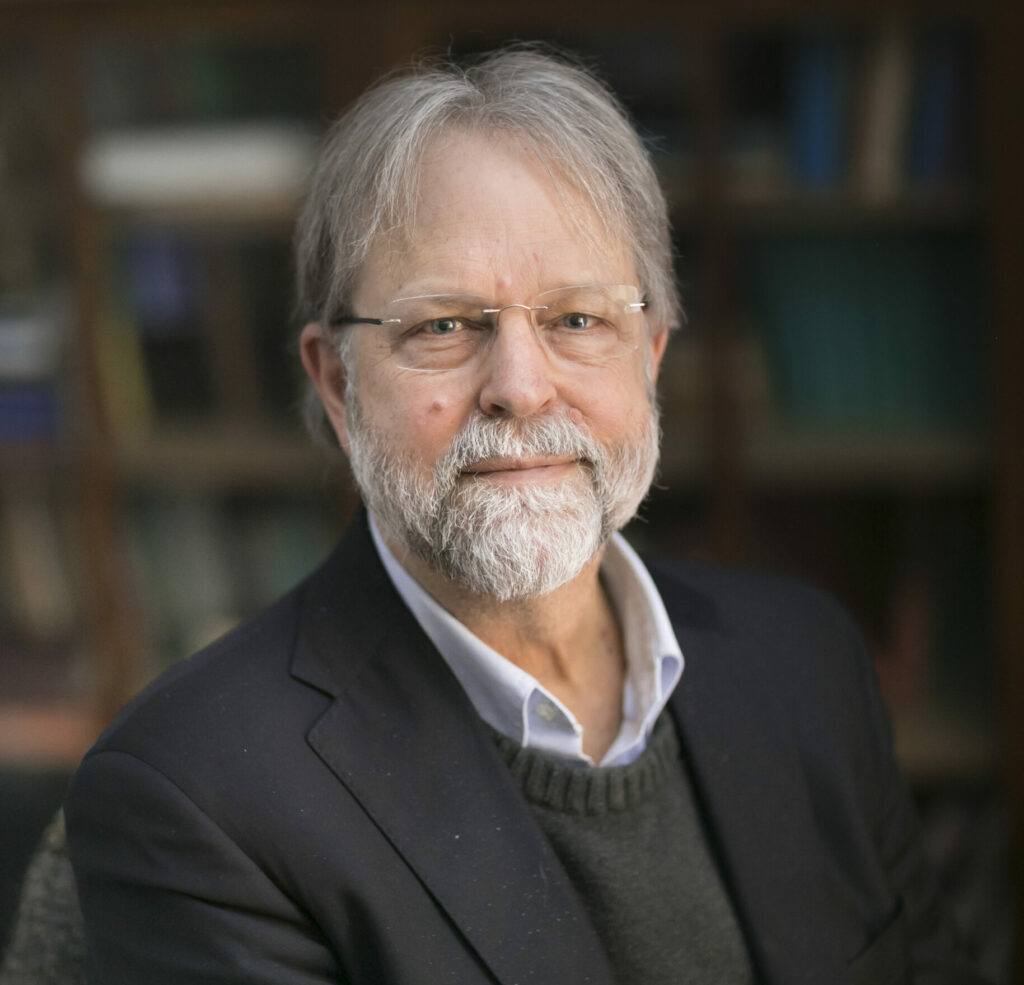 Mark C.E. Peterson is Professor of Philosophy and Religious Studies with the University of Wisconsin Milwaukee, and President of the International Society for the Study of Religion, Nature, and Culture.  He began his work at the University of Toronto focused primarily on Hegel’s natural philosophy and its links to the history of science and technology. These interests evolved to constellate around the larger questions of how humans are related – scientifically, philosophically, and spiritually – to nature. A practitioner of both taijiquan and kundalini yoga for over 40 years his academic research is currently engaged in a semiotic analysis of the relationship between explanatory and narrative/mythological accounts of nature and an Aristotelian re-examination of environmental ethics.