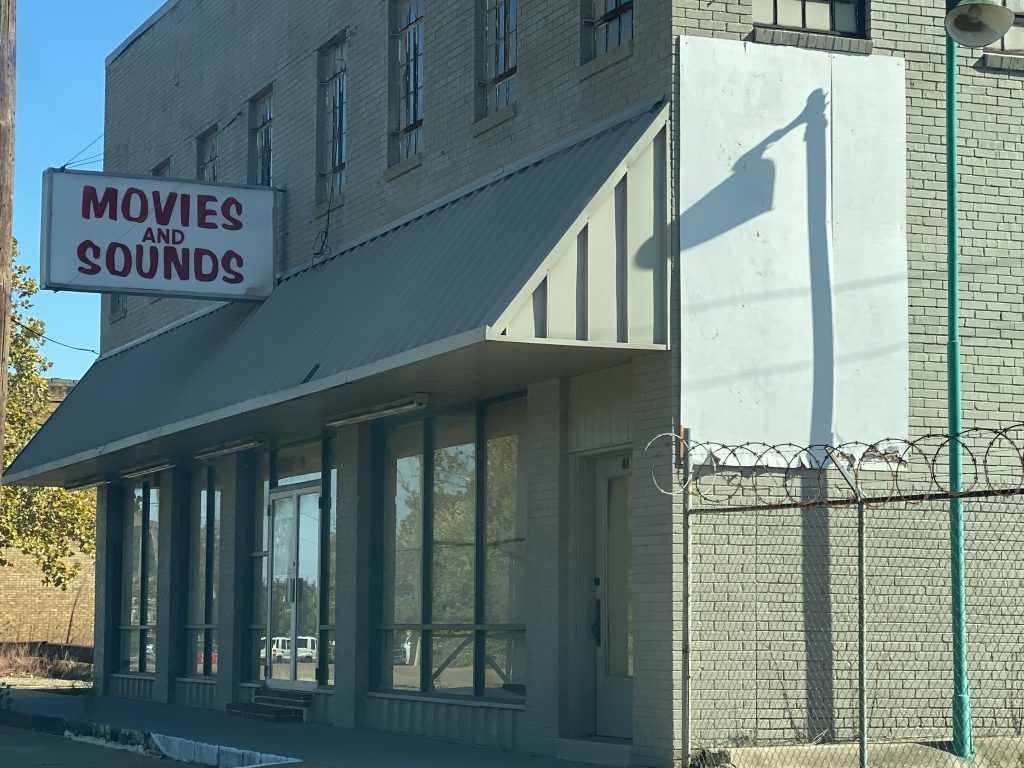 Our family had a sacred ritual we practiced every Friday night while I was growing up. We traveled to a video store called Movies and Sounds and paid homage to the higher forces that fired our imagination. The old brick building where the store was located acted as a portal for time travelers in our little community. It allowed you to live in any era, experience any culture, and know the bravery of the most valiant warriors. It was a cave of wonders — a symbol of ultimate possibility. It was a mystical library wherein one could discover truths so deep , they could only be hinted at by the beautiful moving images that danced across our 24-inch television screen.

We came to this temple dedicated to the gods of narrative and offered our earnings that we might take home new visions, understandings, and ideas, many of which we have held to throughout the years. It was inside that same video store that I first experienced a magic so ancient I couldn’t describe it, and simply succumbed to its intoxicating power. The transcendent power of story consumed me. It shaped the passions I would follow in my career, and even to this day, I am deeply stirred by the metaphoric power found in stories.

Our stories create a space in which we unleash our fears, our anxieties, and our most secret hopes. We embody these concepts in characters that act out dramas, demonstrating how we ourselves can imagine dealing with these inner experiences. The stories we tell, the characters we create, and the worlds we build are all attempts to construct an idealized external reality that reflects  the legends living inside our psyches. Myths speak to us in metaphors, bypassing our brains and communicating directly with our hearts.

In The Inner Reaches of Outer Space, Joseph Campbell tells us that “Every myth, that is to say, whether or not by intention, is psychologically symbolic. Its narrative and images are to be read, therefore, not literally, but as metaphors” (Inner Reaches, 28) The movies we watch, the books we read, and the stories we digest are not really about the characters we root for, they are about us. More specifically, they are about what goes on inside of us. They are metaphors for the symbols and narratives inside our psyches.

Campbell goes on to say:,

“Temples and the narratives of myth are hermetic fields within which those apparitions known as gods and goddesses, demons, angels, demigods, incarnations, and the like typify in the guise of charismatic personalities the locally recognized vortices of consciousness out of which all aspects of the local theater of life derive their being.” (Inner Reaches, 28)

Movies and Sounds housed not only the “local gods” that lived in East Texas and the theater of life that they peopled, but also exotic and unfamiliar “gods” and narratives that I would slowly become acquainted with, and later embrace as true and learn to worship.

Like so many of our rituals, the weekly trip to the video store isn’t possible anymore. Portable devices and streaming services have eliminated that ritual for most of us. While more stories are available to us than ever before, the convenience of having them at our fingertips may have cost us much of the sacredness that enveloped the process and thus the stories themselves. Mystery, wonder, ritual, and the old magic that could be discovered inside Movies and Sounds continue to be available to us, in some ways more than they have ever been, though the caves where they can be found are located in different places. Metaphor exists all around us still. It still points towards something that simply can’t always be expressed in words. When the caves where we once found it are no longer available to us, may we look inside ourselves, as Campbell suggested, and find those ever-expanding caverns leading into the inner wonder of the unknown.