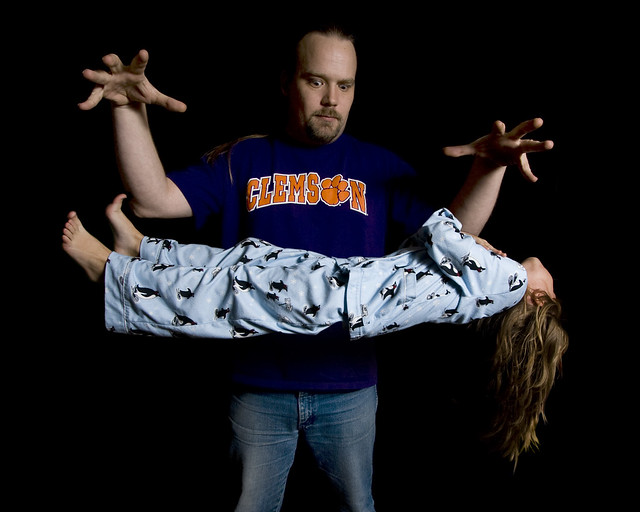 One of my earliest memories is centered around a lit stage draped in a red velvet curtain, inside a small theater in Colorado, watching a magician named Max Hapner pour a gallon of milk into a rolled-up newspaper. The milk seemingly disappeared into the funnel and completely out of existence. I sat in awe, experiencing my first taste of a certain type of wonder, a wonder which I would spend the rest of my life pursuing. When I discovered myth and the work of Joseph Campbell, I felt a particular connection to that early memory.

A definition for magic can be as elusive as the explanations for how certain miraculous activities are executed. Exactly what magic is depends on who is answering the question. A number of mythologists have leaned toward the ritualistic beliefs and activities of various tribes, traditions, and subcultures when discussing magic. Certain groups add the Elizabethan “k” to distinguish their more mythic “magick” from sleights of hand. However, myth also lies at the center of the discipline of magic most associated with stages, lights, and decks of cards. The cosmological aspect of mythology is ritualized in many of the earliest magical effects – out of nothing, something appears. Many of the terms common to magic are the same as those often used in conversations around mythology – illusions, rituals, transformation, tricks and tricksters, to name a few.

Campbell discussed magic in a variety of contexts ranging from the anthropological to the work of Thomas Mann to the Tarot. In discussing the symbolism of the Marseilles Deck, Campbell mentions:

We notice, first, that the opening card, The Magician, is of a juggler manipulating miniatures of the signs of all four suits: Swords in the form of knives, small cups for the Cups or Chalices, dice and coins for the Coins, and for the Staves or Clubs a wand. He is in control, that is to say, of the symbols of all four social estates, able to play or conjure with them, and so, represents a position common to, or uniting, them all, while leading….beyond their highest grades.  The Magician is holding in his left hand the same wand that the World Dancer holds in hers, while in his right, instead of the conch, there is a coin – of philosophical gold? (Tarot Revelations, foreword, 11, 25)

Campbell associated The Magician of the Tarot with a disguised philosophical power capable of bringing transformation across classes.

In his 1964 notes for The Masks of God: Creative Mythology (which I found in a fascinating exploration of the New York Public Library’s Joseph Campbell Archive), Campbell unpacks the modes of interpretation for myths. He notes that these interpretations are ways of understanding a myth, as well as attitudes toward symbolic forms. He lists the following modes of interpretation: mythology, theology, philosophy, science, and magic. Beside the word magic, he clarifies his intention with the term by adding the word prestidigitation. This specifies the type of magic that Campbell was exploring on this day – not the ceremonial performances that included humans seemingly demonstrating supernatural powers, which Campbell often dedicates a great deal of attention toward, but sleight of hand performances, not explicitly associated with religious ritual or practice.

In The Flight of the Wild Gander, Campbell states that “….each thing , each person, all around us, all the time, each insisting on itself as being that thing which it is and no other thing, is striving with all its might to provide an experience of – itself” (Flight, 150). I was reminded of these words not long ago when I experienced a show, intriguingly titled In and of Itself, by Derek DelGuadio, one of the most profound philosopher/magicians living today. His performance was centered around issues of identity, the nature of narrative, and yes, existence itself. Audiences left with a deeper curiosity about who they really were – which in so many ways is the work of myth. His work on stage felt more like alchemy than showmanship. I experienced a sense of transformation as I walked toward the exit – an interior impact.

Later in Flight of the Wild Gander, Campbell describes the understandings we encounter when our sense of existence is fully experienced. When this occurs, he states that “we are awakened to our own reality-beyond-meaning, and we experience an affect that is neither thought nor feeling but an interior impact [….] The phenomenon, disengaged from cosmic references, has disengaged ourselves, by that principle, well known to magic, by which like conjures like. In fact, both the magic of art and the art of magic derive from and are addressed to experiences of this order” (Flight, 150). Magic that demonstrates the impossible in front of me simply pales in comparison to that which suggests what might be possible inside me.