This month, in honor of the re-releases of Mythic Dimension and Primitive Mythology in eBook and audiobook forms, the Joseph Campbell Foundation is celebrating how we use mythology in our lives.As a form of knowing that is deeply based in metaphor, myth holds hands with poetry. This week, we’d like to share a piece by poet and mythologist, Stephanie Pope. We asked her how she would response to the challenge of a poem that captured a sense of using mythology, and she responded with this new poem, not yet published.Enjoy. And we invite you to roll it around on your tongue and see what it brings up for you as April begins to green the world in the Northern hemisphere.
___
MARTIAL SPIRIT AND NOBLE GREENNESS
_____
O most noble greenness rooted in the soul  – Hildegard von Bingen, Also, Of The Maids
A saturnalia is
the blackening of a star
a star buried in Saturn

Here beauty streams
from the eyes of women
noble and green

Drain the swamp and
hole becomes shithole
how low must one go?

Buried deep where a low is lit;
down there a secret fire
(in the hole of workers, high

schooled students, and the mass
generation not inviolate
where enough is enough)

Let that sink in a bit.  Evil is without
autonomy having served its role in
holeness. Joined is high and low in the head

of state; something more passive in matters
consoled sharpens our discernment for
what is real in what merely simulates shit.

Tears cleanse our words, our cloudy ears
our eyes; our throats
adorned in crystal. 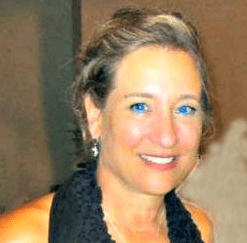