MythBlast | Nerves of Myth, Part I

One of Joseph Campbell’s key innovations was mapping his model of a heroic story-cycle onto so-called “rites of passage” as they were so eloquently dubbed by anthropologist Arnold van Gennep (1873–1957). Centuries earlier, however, the Neoplatonist and early myth-theorist Sallustius (c. 4th century CE) suggested a similar germinal notion—a kind of proto-myth-ritual theory. In his treatise, Concerning the Gods and the Universe (In Greek,  Peri theon kai kosmou), Sallustius outlined five kinds of myths: theological, physical, psychical, material and “blended” or “mixed myths” (Gk. mûthon…miktoi),. Each type was suited to a different purpose—for instance, “mixed myths” suited mystery rites (teleteia) and drew on elements of the other four kinds of myths. Such myths, according to Sallustius, included the Judgement of Paris and the myth of Cybele and Attis.

Like most myths of this nature, they were often tied to a specific rite within a specific cultural context. Not all myths function this way, of course, but those pertaining to initiation often guide the aspirant towards an accord with some greater social and cosmic order—even pointing to a divine birthright. A key element was the inclusion of a Paris or an Attis, a familiar figure for whom the initiate could identify with during ritual or ruminations. For Sallustius, “every rite seeks to give us union with the universe and with the gods” (Arthur Darby Nock, Sallvstivs Concerning the Gods and the Universe, 1926). The Greek term used here meaning “union” is synaphe, an evocative term cognate with English “synapse.” Mixed myths fundamentally work like synapses both internally and hermeneutically.

Campbell’s The Hero with a Thousand Faces is arguably a “synaptic” work insofar that he sought to connect  humanity’s distinct traditions of storied wisdom into a single comprehensible corpus; but it was also a “synoptic” task in that he sought to invite readers to view the similarity of others’ myths as intimately as their own inherited traditions. Campbell’s Good News: humanity’s fund of world mythology belongs to a shared account. Thus, the Monomyth, or Hero’s Journey, is fundamentally a synthetic composite, a “mixed myth,” that the author assembled for resonance across the widest international readership, initiating them into the notion that “each is both” (Hero, p. 145)— What emerges aesthetically is a mosaic that is both a mirror and window confronting the reader while pointing towards a wider vista of human potentiality sketched across time and accessible in the here-and-now.

Many anthropologists, folklorists, and other humanistic scholars outside (and inside) of mythological studies have often criticized Campbell for his mythographic and comparative analysis. In part, this is indeed the case if one has experienced myth-telling traditions first-hand. For as poet and linguist Robert Bringhurst once noted:

…for those who tell and listen to the myths, such metamythical typologies are rarely of importance. ‘Mythicity,’ like humanity or poetry or artistry or social and political equality, is embodied in quite real and local acts or it does not exist at all. (Everywhere Being is Dancing, 2009, p. 69)

A mythology, Bringhurst argues elsewhere (Dancing, 63-64), belongs to a specific cultural and literary milieu that, which operates much like an ecosystem and nervous system.  But for an ecumenist like Campbell,

Myth is the revelation of a plenum of silence within and around every atom of existence. Myth is a directing of the mind and heart, by means of profoundly informed figurations, to that ultimate mystery which fills and surrounds all existences. Even in the most comical and apparently frivolous of its moments, mythology is directing the mind to this unmanifest which is just beyond the eyes. (Hero, p. 228)

Would Campbell—or Bringhurst for that matter—be open to include seemingly “frivolous” interactive media and video games with their virtual ecologies? These ephemeral environments seem well suited, at the very least, for presenting a playful modality of myths. Indeed games, like myths and rituals, bring us all together in unsuspecting ways supplying roles, characters, and avatars to embody, or at least empathize with. When players feel fully engaged, immersed, and connected to the avatar and the environment, they are surely entering a realm of experience that is deepened and enriched by the language of myth and ritual.

All of these stories (oral, literary, or digital)  begin, however, with the mindful curation of myths, especially the “mixed” kind, as Sallustius observed, that can open pathways to greater mysteries.

In my next essay in this series, I will  further consider recent video games and their engagement with aspects of ritual, myth, and their respective cultural domains, and I hope that you will take that journey with me. 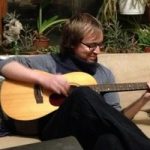