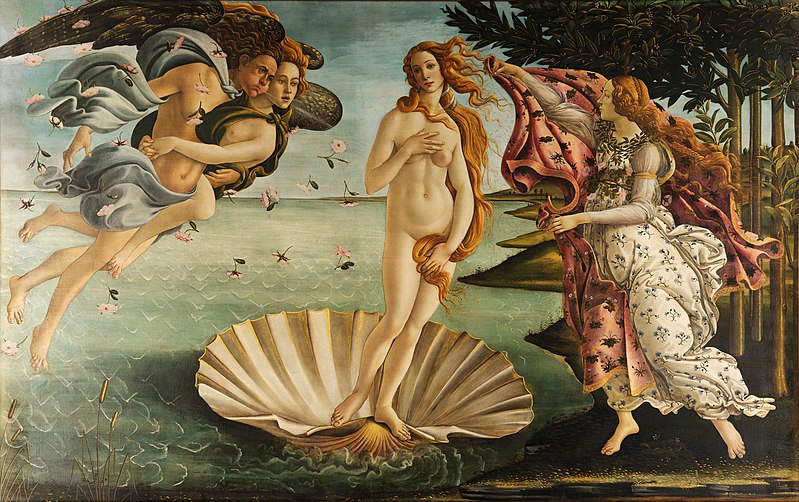 The Birth of Venus by Sandro Botticelli (tempura on canvas, Italy, circa 1485)

One of the definitions of Renaissance is that it is a time of rebirth and revival. The romantic ideal that many have of the notion of Renaissance, however, could just as well be defined as an often excruciating process Joseph Campbell termed the call to adventure. It is frequently a time of terror, loss, and inaugurates a state of unexpected, unplanned, deep depression. And as if that’s not bad enough, it’s absent any guarantee of a positive outcome. It is not fun. There are no maps. You have no idea what your soul is seeking.

My call to adventure came when I was blacklisted in Hollywood. I had written and produced a film about the B-movie industry and the men and women who inhabit its archetype. Some Nudity Required, my first full-length feature documentary, premiered at the Sundance Film Festival and was nominated for the Grand Jury Prize. I toured on the film festival circuit, found a theatrical distributor, and landed on the front page of the LA Times calendar section. And then… I was sued for 7 million dollars. Roger Corman, known as the “King of B Movies,” was enraged because my documentary implied that the mythology behind B-movies is constellated by negative patriarchal control and power, and I apparently exacerbated that wound. All of a sudden, my dreams were smashed.

“This is the true beginning of the Grail quest,” says Campbell. “Everything up to this point has taken place in the way of our hero’s nature; [his] character has carried him through, but his desire to achieve fame in the world has cut him down at the high point, and he’s lost both his spiritual and his earthly career. It’s in this condition that he sets forth on his great adventure” (Romance of the Grail, 58).

This was not a “great adventure.” I spent my meager savings on my film and was living on food stamps and disability insurance. What I had in abundance was stress, which kept me bedridden with chronic fatigue and various immune illnesses. Although the lawsuit was settled and my film was released, I ultimately succumbed to the humiliation of the low budget kingpin. Unequipped to confront these powerful archetypal forces, I walked away from my own film, heartbroken and in despair. After a decade of stumbling through the “dark woods of the soul,” I decided to attend graduate school. It was my longing for an authentic relationship with myself that led me to the fields of mythology and depth psychology. 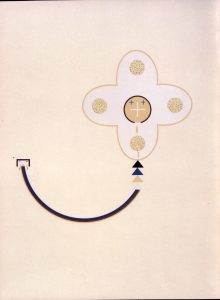 Changing Woman from Where the Two Came to Their Father: A Navaho War Ceremonial Given by Jeff King (Maud Oakes, with commentary by Joseph Campbell)

Finally, clarity came to me. Through the image of the Navajo deity, Changing Woman, I learned that I lost my soul to the archetype of the “devouring” mother. The mythology around the figure of Lilith helped me to accept my mother as she is and to withdraw my own negative projections so that I could embrace the jilted Lilit-Shekkinah and heal her wounds, allowing me to access her power for positive/constructive ends. And Parzival’s trial shed light on my decade-long sojourn in the wasteland. Uncovering the part of my psyche that wanted hierarchical power, rejected my feminine side, did not value it, horrified me. In myth, the wounded King must die, and I saw that my attraction to the Kings of Hollywood had to die as well in order for me to be true to myself.

Parzival’s journey begins as his mother, Herzeloyde—whose name means “Heart Sorrow”— sinks into intolerable grief because her husband died in the crusades, a few of her brothers were killed in various futile disputes, and her land has been confiscated. In the midst of her suffering, Parzival tells his mother he is overcome by desire to become a knight himself. She reluctantly agrees to let him go, but not without attempting to sabotage his destiny. She dresses him in fool’s clothes, hoping that people at court will laugh at him and drive him away. Psychologically, she has wrapped him in a mother complex that will take many experiences before he can cast it off.

Whether it is to impair Parzival by making him seem ridiculous so as not to get hurt, or whether she’s trying to swaddle him and never let him out of the mother’s cocoon, she hasn’t attended to her own grief, nor come to terms with the dark feminine, and so, in diminishing her son, she is diminishing her own instincts as a woman and mother.

The destructive and entangled relationship between Parzival and his mother is “healed” only when she dies.

A few weeks into my dissertation studies, my step-father suddenly passed away and I became responsible for my mother’s well being. With each paper I wrote, I seemed to retrieve a part of her soul as well as my own. By the time I completed my dissertation, seven years later, I had healed, for the most part, our very difficult relationship. One week before my defense was scheduled, my mother died. I was at her bedside, helping her transition. In that moment, I had a direct experience of the archetypal journey of the child separating from its mother. I curled up on her stomach and I was literally reborn. 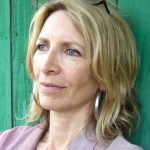 Odette Springer is a writer, filmmaker, and classically trained musician. Currently, Odette teaches writing as part of the Joseph Campbell Writers Room at Studio School in Los Angeles. In her private practice, Odette works with Depth Psychological tools such as active imagination, dreams and mythology as a way to awaken the creative spirit. In addition to publishing her poetry, she has published academic essays in several anthologies. She holds a B.A. in Piano from Manhattan School of Music and a Ph.D. in mythological studies with an emphasis in depth psychology from Pacifica Graduate Institute. Her dissertation focuses on trauma and the creative process and is entitled Changing Woman: Calling The Feminine Home. She is fluent in French, Spanish and Dutch, has traveled extensively around the world, and has a quirky sense of humor.