MythBlast | The Known and the Unknowable: A Meeting of Light and Dark 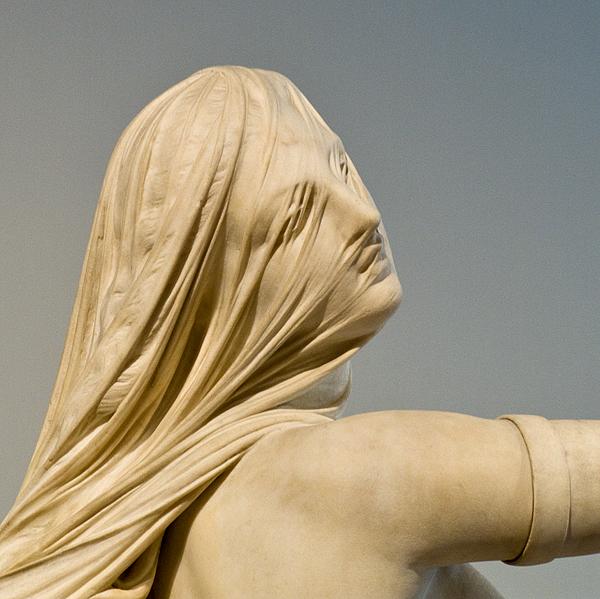 The Dream of Joy (from The Sleep of Sorrow and the Dream of Joy) by Raffaelle Monti (marble, England, 1861. Photo by Chris Beckett; used through a Creative Commons license). Having read and reread much of Joseph Campbell’s work, The Flight of the Wild Gander remains my favorite due to its attentiveness to symbol and metaphor—not what they are, but rather what they do. The book’s subtitle, “Explorations in the Mythological Dimension,” reveals the theme and spirit of the text, approaching myth not as a thing but as a place. All too often, we approach subjects as if they are somehow contained by our attention, presuming we might hold them in our hands like stones to turn over and over until their secrets are revealed.

The purpose (if I could call it that) of studying mythology is not to know its secrets. The purpose, rather, is to encounter its secrets—a very important distinction. By approaching myth as a dimension, our perspective is reversed: we no longer presume to hold the subject. Rather, the subject holds us. And so, we are set down in a vast environment that opens before us and the journey begins.

In The Flight of the Wild Gander, Campbell wastes no time, telling us in the first sentence that the twenty-four years of work culminating in  this book were filled with “circling…Striving to interpret the mystery of mythology; to lift the veil…of that Goddess of the ancient temple of Sais who could say with truth…No one has lifted my veil.” And from page one, the paradox of knowing and not knowing is affirmed. If one reaches back through time, through the cultural assimilations, conflations and syncretizations, one finds that the goddess of Sais is Isis—not Isis exclusively, mind you. But Sais is Isis archetypally at least, as source to all her subsequent mythic inflections. It is fitting that Campbell opens alluding to ancient Egypt, the geographic source of alchemy (which, among other things, is the paradoxical work of assimilating the opposites) and to the goddess, a veil in herself, replete with the secrets of nature which are ever unknowable. However, the veil metaphor speaks precisely to the human condition. Consider that we exist in the veil of a body which carries our consciousness through a life, through a veil of whirling atoms that somehow compose the apparent world.

Often, the veil motif is treated as an illusory obstacle. In Buddhism and Hinduism, she is called Māyā (again, the feminine gender). And in many spiritual practices, the path of enlightenment involves seeing through her veils to the transcendent source. But what of the life-field, the field of embodiment, per se? In which case, should we not approach Māyā as a creation goddess whose domain is substance, whose work allows us to sensually perceive and experience the mystery of the cosmos?

Like the material aspect of the phenomenal universe, the images of mythology and symbol are, in a similar fashion, veils. They function in dreams and art as energies, spirits, individuations that step into the wardrobe of image, our perception of which depends on light even though the images, as all true symbols, hold a darkness behind them. This darkness is precisely a mystery.

We can conjecture that the darkness or mystery is Source, as seen in the Void of the cosmogonies of the Abrahamic traditions, or the Emptiness of Buddhism, or the Space of the Tao. Addressing the images of symbols and metaphors, Campbell tells us that “This [darkness] is the category or degree of the unknown to which all of the high mythologies and high religions are ultimately directed. It is recognized, however, to be absolutely ineffable, a plenum of unknowability, inexhaustible in its dark.” (Flight, 137)

In dream, visions, memories and the imagination, images (i.e. veils) are visible to the perceiver. I ask, what is the light that makes these images visible in the first place? I suppose it is the light of the consciousness of the observer which shines upon them. Or perhaps it is the image’s own light which shines from within it. Or a combination thereof. In any case, our figurative approach to consciousness as light (e.g. the “light of consciousness,” “enlightenment,” and so on) takes on a tangible value when we see it as an inextricable presence within the environments that images inhabit. However subtle the “substance” of that environment may be, it is substance—call it vibrations, wave-functions, synaptic firings, chemical reactions. Similarly, within this environment, there is light to see by which is no less real or substantial than the dimension it illumines.

So when Campbell says that “mythology and the rites through which its imagery is rendered, open the mind . . . to the mystery dimension of being—of nature,” he addresses the interface of light and dark, the known and the unknowable, the tangible images and the intangible mystery behind them. In which case, the “lighted” image as a perceptible veil hardly obscures. It is the open door.