MythBlast | The Radiant, Reordering Force of Art
In a 1907 letter to his wife, Clara (a fine artist and sculptor in her own right, who had studied with, among others, Auguste Rodin), Rainer Maria Rilke wrote, “Only as though with their radiance can things reach us, and just as the magnet rouses and organises the forces in something susceptible to it, so they, through their influence, create within us a new ordering” (The Selected Letters of Rainer Maria Rilke, 121). Like art, the potential of myth to facilitate the creation of a new inner order is, perhaps, the primary reason behind Joseph Campbell’s lifelong love of and scholarly fascination with myth and its relationship to the human psyche. In his work titled, The Ecstasy of Being (releasing this month as an eBook), Campbell asserts, “In a work of proper art every aesthetic element has a psychological value equivalent to that of some mythological image or idea” (74), and I think that the psychological value accompanying the mythological image is often one of ecstasy.

Ecstasy is derived from the Greek word, ekstasis, which literally means to be standing outside of oneself, carried beyond individual, rational thought to a psychosomatic state in which rationality and personal volition are suspended. Ekstasis dissolves the sense of the bounded, the contained, the self-inspecting and self-experiencing sensation of the world, and plunges one into a transcendent experience, an experience of the world, the universe even, as unified, timeless, unbounded, and harmonious. 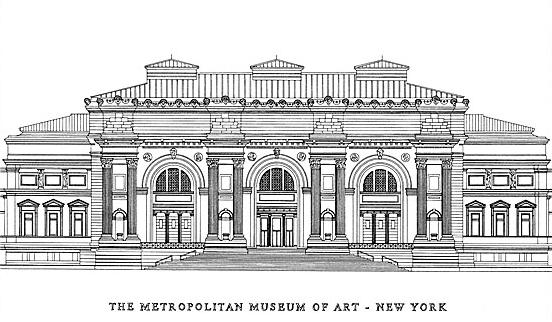 Several years ago I was in the Metropolitan Museum of Art with the intent to enjoy the Greek and Roman wing of the museum when, finding myself with time on my hands, I wandered into the modern art section and was gob smacked by a 6 ¼ foot tall, 18 ½ foot wide work of art by Anselm Kiefer called “Bohemia Lies by the Sea.” I’ve since learned that Kiefer is a German artist born in 1945, an author of several books, and his body of work wrestles with recent German history such as Nazi rule, the Holocaust and other controversial, sometimes even taboo, issues.

The ecstasy I experienced looking at this piece was no doubt abetted by its composition—a thickly painted oil, powdered paint, charcoal, shellac, emulsion on burlap—and three-dimensional quality. But even more influential were the qualities of the artwork that didn’t initially register in my conscious awareness during the initial viewing. The title, for instance, very subtly confuses or disequilibrates as one struggles with the thought, Bohemia doesn’t lie by the sea at all does it? I’ve always associated it with Prague, land-locked in Eastern Europe. And is that a hint of the sea at the top of the painting, or is it sky? Where does that road take me? All of my associations to Bohemia, even the ideals of Bohemia were activated: Puccini’s opera, the Broadway play titled Rent, the notions of free thinking, experimental art, and free love; a vigorously energetic and spirited, impecunious and thread-worn existence cloaking a richly baroque intellectual and spiritual life lived in a vaguely communal coalition of artists, intellectuals, and marginalized souls drawn together by a common Utopian dream. Later still, I learned of this poem by Ingeborg Bachmann, titled, “Bohemia Lies by the Sea,” which almost certainly served as some inspiration for Kiefer’s painting. An excerpt from that poem says:

If it’s me, then it’s anyone, for he’s as worthy as me.
I want nothing more for myself. I want to go under.

Under – that means the sea, there I’ll find Bohemia again.
From my grave, I wake in peace.
From deep down I know now, and I’m not lost.”

Well, suffice it to say that I am unable to ever again leave The Met without having at least a glimpse of this painting; its aesthetic, its ekstasis-inducing power remains with me still. As Campbell put it, the image “synthesizes the ‘pulse of life’ with the ‘stillness of death’” allowing one to see through the literal painting to a background of mystery normally occluded to the eye, which is finally, he says, the function of both art and mythology (106-107). The ecstatic experience is bigger than the momentary “real,” bigger than the painful or the unbearable elements of life; it is somehow full of inner awakening and soothing validation. When looking at proper art we are turned toward the Outside, but when we are most so, momentous things are happening within us, things that we might not know how to describe or name, things that put our mundane anxieties to shame. One discovers one’s true self living in a place that isn’t on any maps, ineffably radiant and powerful, in an inner Utopia, a Bohemia near the Sea.

The Ecstasy of Being: Mythology and Dance is a new release of Campbell’s writings on art and creativity. You can find it in hardback here, as an audio book here, and coming soon as an Kindle eBook.