What is myth…
and why should anybody care?

What do you think? I ask this because that one of the most marvelous ways to play with mythology is to assess our own answers to this question.  And I love this question because there are a multitude of answers to it. Here’s one… 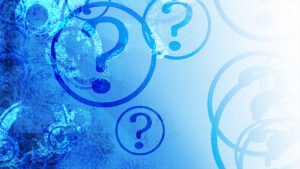 If you look up myth in the dictionary, it generally says something about a myth being a story that attempts to explain a set of beliefs or natural phenomena in a given culture. There is generally an assumption implicit in this definition that the people originating these stories were somehow naïve, childlike, even primitive. They could not scientifically understand the world around them, so they made up nonsense to make sense.While I love the idea of using nonsense to make meaning, this is a limited and largely erroneous view of myth. It also gives rise to the common usage of myth in contemporary Western culture, as least, as something that is simply not true. “Oh, that’s just a myth,” we say when we’re dismissing something utterly, “It’s just not true.” I think this misses the point of myth. The ancient Greeks talked about myth as being that which is, simultaneously, least and most true. And they were on to something.

Far from taking myth as literal truth, many cultures that have recognized and embraced their mythology understand even in the weaving and telling of it that it is fiction. And they understand that there is truth behind the fiction. Looking at myth this way forces us deep into the story, delving its deeps for the pieces that ring true to us not on a literal level, but in our psyches. These are truths that cook in ourselves not on the surface, not empirically, but instead on a metaphorical level.

The roots of the word metaphor lie in Greek for metapherein – which translates “to transfer.” Metaphors transfer meaning from literal and concrete to intuitive and imaginal. And this is not a small movement – as a prefix, meta suggest something that is comprehensive and transcending. So metaphors transform meaning, their movement into the nonliteral giving us a glimpse of transcendent meaning.

This is what myths do. They give us moments of understanding transcendent meaning. It’s why taking myths as literally true is such a mistake – one that our culture intuits when it says “That’s not true, it’s just a myth,” but only intuits part of the movement, and deafens its collective ears to the transcendent truths behind, under, and between the cracks of the myth. And it’s the same mistake in the other direction when people grope towards the comfort of taking myth literally, and tumble over backwards into fundamentalism. The power in any myth of creation, for example, is  not in its literal truth, but in its metaphor – what is it saying about a universe and how it was birthed and the generative, creative, imaginative energy that could create such an exquisite infinity? And populate it with such exquisite minutiae?

So, then, for me, myth opens our eyes to seeing beyond what is in front of our faces. These stories, whether they are ancient, beginning of the world tales, or the smaller but equally important stories we tell ourselves about our families, our communities, our values, give us insight.  At least they can when we stop long enough to hear ourselves tell our stories, and let our sight get pulled inward and outward into imagination and metaphor, away from what we perceive as literal truth. Through their fiction, they give us truth. And it that truth, there is meaning.

For a delicious bit of insight into how Campbell approaches the biology of mythology and how that shapes one of mythology’s functions , check out the brand new ePub article release, Bios and Mythos.  Please click the link to purchase a copy for only a buck!