MythBlast | Where Do Stories Come From? 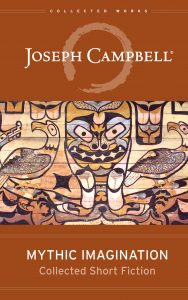 For every profession, there’s a question people ask that isn’t the real question.

When I was an actor, the question audience members asked was, “How do you learn all those lines?” when what they really meant was, “How do you get so far inside of another person’s head that their words come out of your mouth?”

When I transitioned to writing fiction, the question became, “Where do you get your ideas?”

It’s a question a lot of folks have thought about a lot — none of them harder than Joseph Campbell.

If you wanted to boil Campbell’s life’s work down to a single line of inquiry (something I’m pretty sure he’d have objected to mightily), I think that would be it.

Where do stories come from?

Campbell would have said that they spring from the same source as myths and dreams — which is to say, the human unconscious. As he said in The Power of Myth, his wonderful interviews with Bill Moyers,

They come from the imagination, don’t they? The imagination is grounded in the energy of the organs of the body, and these are the same in all human beings. Since imagination comes out of one biological ground, it is bound to produce certain themes. Dreams are dreams. There are certain characteristics of dreams that can be enumerated, no matter who is dreaming them” (49).

So any artistic creation — from painting to poetry to dance to fiction writing — is an act of mythopoesis that brings what is deep within the artist and births it, squalling and screaming, into the light of the everyday world. “For nature, as we know, is at once without and within us. Art is the mirror at the interface. So too is ritual, so also myth. These, too, bring out ‘the grand lines of nature,’ and in doing so, re-establish us in our own deep truth, which is one with that of all being” (Joseph Campbell, The Inner Reaches of Outer Space, 101). 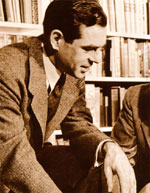 It shouldn’t be surprising that Joseph Campbell, someone who spent his life contemplating the origins and lineaments of narrative, should himself have explored the art of fiction writing. Nor should it be a surprise that the stories that he produced were, at their hearts, explicitly mythic explorations of moments when the mortal world met the eternal. During the first four decades of his life, Campbell dedicated himself to creating fiction — almost entirely short stories and novellas. Although only one of his stories was ever accepted for publication, this great student of myth himself engaged in many — probably dozens — of acts of mythopoesis. Unfortunately, only a few of those survive.

In 2012, I worked with JCF President Robert Walter (who had served as Campbell’s editor through the last decade of the mythologist’s life) to bring out the seven of Campbell’s stories that still existed in Mythic Imagination: Collected Short Fiction. It was humbling and exciting to work on these explorations of mythic themes in modern settings. In each story, most of which were written in the years preceding the publication of The Hero with a Thousand Faces, a very human protagonist receives a call to adventure, comes into contact with some ineffable force, and is either transformed or destroyed by the experience. A romantic Hawaiian debutante encounters the Buddha. A cynical GI enters an earthly paradise. A young farmhand discovers one of the now-it’s-there-now-it’s-not fairy houses of the sidhe. Metamorphoses for the modern world.

As Bob pointed out, the stories eerily anticipated the Magical Realism of Bórges and García-Marquéz with its blending of the metaphysical and the mundane. Mythic Imagination serves as a fascinating porthole into Campbell’s mind as he was exploring the very ideas that would become the basis for his better known non-fiction. The stories are also terrific, thought-provoking tales by a man who was himself a great storyteller.

So where do stories come from? With Campbell, I have to say they flow from “the secret opening through which the inexhaustible energies of the cosmos pour into human cultural manifestation” (The Hero with a Thousand Faces,1). And in Mythic Imagination, we get to see Campbell himself tapping into that inexhaustible flow.