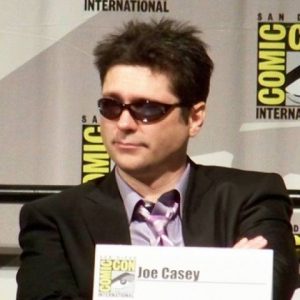 Midura asks Casey about his new story, MCMLXXV, a genre-blender set in New York City featuring Pamela Evans as the Hero. According to the writer, Pamela is a folk Hero, rather than a modern superhero, and the differences between the two are rather significant.

Casey took inspiration from Joseph Campbell’s books and teaching, as he has for his previous work, to create a story that is imbedded in myth and displays a very timeless feel.

From The Outhousers on August 3, 2018
Attributed to Tim Midura