Ad Astra and the Flawed Hero 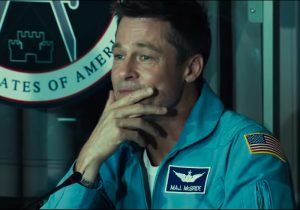 In a post for Asia One, James Mottram gives insight into the creation of James Grays’ newest film, Ad Astra, and how Gray drew from Campbell’s Hero with a Thousand Faces. He wanted his character to be mythic in his journey, “I had been very much into the mythic hero. And when I say hero, I don’t mean superhero. I wanted [to write] a heroic figure in mythic terms, a flawed person, a person with real limitations.” The film explores the complexity of humanity and interpersonal relationships. The protagonist is going on a journey to discover who his father really is all while dealing with his own issues that are hidden deep beneath a cracked façade. The creation of the film was a challenge for those involved with Pitt saying, “We didn’t realize until we got in the middle of it … we were trying to do a film about a man’s inability to connect with others.” The layers of this film are not only a tribute to the amazing work done by those involved but also a glimpse into the human psyche of what makes us flawed as well as heroes, something that Campbell often spoke of.

From Asia One on September 24, 2019
Attributed to James Mottram (Asia One)