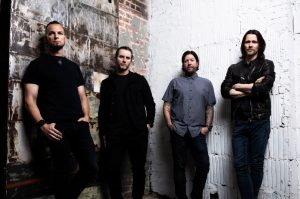 Michael Lello, writing for New York Post’s website, highlights the band Alter Bridge and notes Joseph Campbell as inspiration for their new album. While working on creating a new sound for “Walk the Sky” the band drew inspiration from different sources to create music reminiscent of 80’s synth pop with all the “metal-influenced, guitar-driven hard rock,” that fans are accustomed to. One of these inspirations was Joseph Campbell. “Lyrical inspiration for the album came from the likes of American mythologist Joseph Campbell (on “Native Son”) and the 2015 film ‘The Big Short,’ about the subprime mortgage crisis (on ‘Pay No Mind’).”