Behavioral Psychology In A Galaxy Far, Far Away 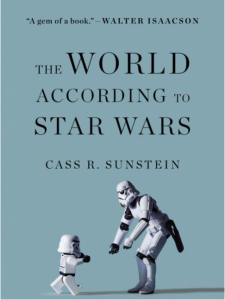 In this article from The Washington Post, Carlos Lozada extends his thoughts on Cass R. Sustain new book, “The World According to Star Wars”.

His book was acclaimed by some critics and highly criticized by others. Lozada argues why the book is truly just Star Wars according to Cass Sunstein’s world.

Maybe you’ll agree with him, maybe you won’t! Read the full article to find out.

From The Washington Post on May 25, 2016
Attributed to Carlos Lozada (Opinion Newsletter)