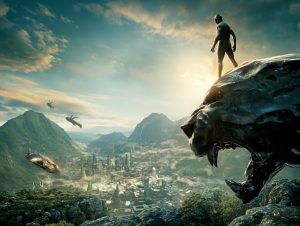 In this article for Southern California Public Radio, Adam Frank talks about the film “Black Panther”, and the often found pairing of Heroes and technology.

According to Joseph Campbell, a Hero may often possess a superhuman ability, which helps them aid their community. Some Heroes get such abilities from technological advancements, but what how can this pairing have an effect on society?