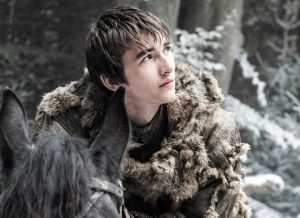 In the fan-blog Winter Is Coming, Richard E Preston talks about the publicly acclaimed HBO series Game Of Thrones.

According to him, many characters take on more than one role in The Hero’s Journey, described by mythologist Joseph Campbell. In such a complex narrative, the interwoven storylines and backstories make it an interesting show to dissect and analyze.

Brandon Stark certainly is an intriguing character, and his supernatural abilities might make him more of a Seer than a pure Hero.

Draw your own conclusions by reading the full article.

From Winter Is Coming on May 20, 2016
Attributed to Richard E Preston (Fansided)