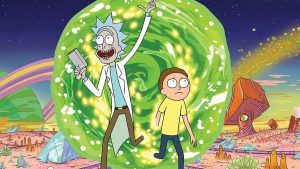 The Polygon offers us an article by Julia Alexander on Adult Swim show Rick and Morty and a following video featuring Dan Harmon, the show’s creator.

Myths are often times used to explain and give meaning to things humans cannot understand. The same can be said about religion and the concept of God. Joseph Campbell is credited to have called God an “impersonable cosmic force” and has in different occasions talked about God being within, rather than outside, us.

Going off of that discussion, Dan Harmon explores the different possibilities of stories revolving around creators and their creations.

Read the article and watch the video to learn more!

From Polygon on June 5, 2017
Attributed to Julia Alexander (Culture/TV)