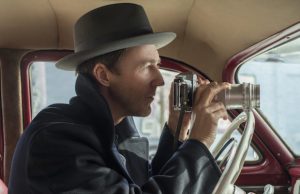 The work of Joseph Campbell has been cited by numerous filmmakers as significant to their creative process. Academy Award nominee, Edward Norton recently discussed the role of the mythologist in his own work. “I think Joseph Campbell is right: It’s absolutely true that there are core mythic themes and archetypes that writers re-visit and re-skim to address the times we’re living in,” Norton stated in an interview about the creation of his latest film, Motherless Brooklyn. To read more about Norton’s process in bringing the story to the screen, click here.