Hell is a Large Stiff Ego 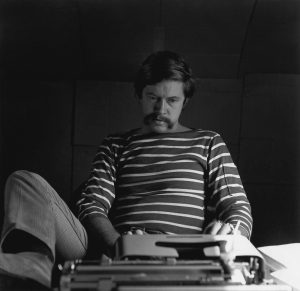 Roger Downey writes for Seattle Weekly about Tom Robbins, an American novelist famous for books such as Even Cowgirls Get the Blues and Tibetan Peach Pie.

Robbins’ work has a notable poetic style with strong philosophical themes, so it’s no surprise that Campbell served as a large inspiration for Robbins throughout his career.

This article includes words from the writer himself, in which he touches on Campbell’s work multiple times. He couldn’t agree more with Campbell on the theory that “hell is a large, stiff ego.”.

From Seattle Weekly on October 9, 2006
Attributed to Roger Downey