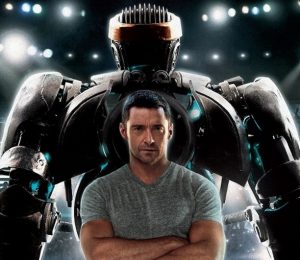 Gill Pringle writes for the Independent about Hugh Jackman in the robot-boxing movie Real Steel.

Jackman tells Pringle about how he and his son enjoyed the script, and how the athletic side of the story kept him so interested. According to the actor, another big plus was how the script depicts fatherhood. He explains that his readings of Joseph Campbell’s work helped him further understand the representation.

The article and interview within shine a light on what makes Real Steel special to Hugh Jackman and his expectations for the role.

From Independent on October 7, 2011
Attributed to Gill Pringle