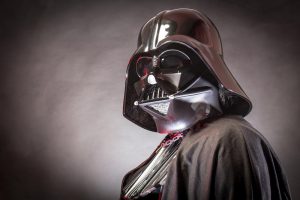 Mark Peterson is a philosophy professor at UW-Milwaukee’s College of General Studies, where he co-teaches a course on superheroes and mythology. “The actual structure of the course is an application of semiotic theory to unpacking whether or not metaphorical, mythical and religious discourse makes sense,” Peterson explains. “[And] semiotics is kind of [a] philosophical tool box that lets you figure out when metaphors are actually working properly.”

Peterson says that one of Star Wars’ biggest influences on character and story development is the hero’s journey, laid out and popularized by Joseph Campbell in his 1949 book, The Hero with a Thousand Faces. “What we do know is that [George] Lucas read this book and mirrored those first three films at least on the hero’s journey directly out of Campbell’s analysis of that journey,” he notes. “And so we find it explicit in Luke [Skywalker].” The hero’s journey is divided into three parts: separations, initiations, and returns, according to Peterson. Many films, just like Star Wars, have a similar map of the hero’s journey laid within our cultural mythology. “In the case of Luke’s trajectory, these are psychological obstacles we all come to as we travel towards our own authentic lives,” he says. To listen to Peterson’s interview on NPR and read more about the course, click here. 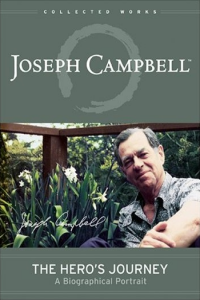 The Hero with a Thousand Faces (Book)