Return to the Forest 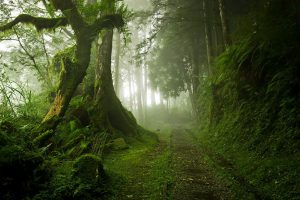 Alan Watts was a notable philosopher known for helping to introduce eastern philosophy to a western audience. More so, he was a renowned comparative mythologist who found commonalities at the roots of various religions and cultures.

In this audio lecture, he analyzes an essay by Joseph Campbell on the “Return to the Forest.” The analysis of Campbell’s essay delves into the theme of leaving institutionalized, or learned schools of thought behind, so that one may then search internally for their own independent truth. The comparison used is that of abandoning the caste system of Indian tradition to instead pave an individual path. This leads to discoveries of inherent truth that exist regardless of what others might be teaching. This was the way of the shaman in the times before the rise of agrarian culture, or of the hermit in the times that followed.

Even so, Campbell summarizes this better than any other in a few short sentences.

You can listen to the entire three-part lecture by following this link.