Samwell Tarly, a Hero of Knowledge 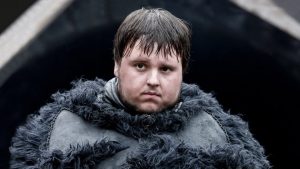 Richard E Preston writes for the fan-based blog Winter Is Coming, offering a detailed analysis of Samwell Tarly, character from the HBO show Game Of Thrones.

Sam might not be the most common type of hero, but following the steps laid out by Campbell and writer Christopher Vogler, it may be impossible to deny this character’s heroic features.

Read the full article to know more! *Contains Spoilers Of The Show!*

From Winter Is Coming on June 3, 2017
Attributed to Richard E Preston (Fansided)