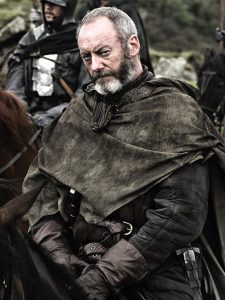 The fan-based blog Winter Is Coming offers a review by Richard E Preston on the character of Ser Davos from the HBO sensation Game Of Thrones.

While studying the structure of Myth and the steps a Hero must take when on a Journey, Joseph Campbell also described the many archetypal characters that populate the mythical narratives. Those figures now live in the films and shows we watch in today’s world.

In this in-depth analysis of Ser Davos, Preston debates whether he fill all the necessary requirements to be called a Sage or a Wise Old Man.

Read the full article to know more!  *Spoilers Of Seasons 1-6*

From Winter Is Coming on February 7, 2017
Attributed to Richard E Preston (Fansided)