The Beatles: Myth or Fact? 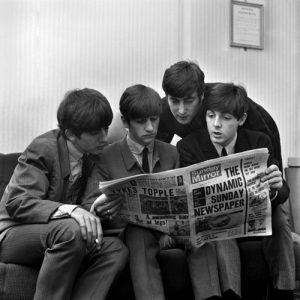 Todd Leopold writes for CNN.com about The Beatles, their success and the stories that were told of them.

According to Leopold, the group’s fame grew so big that the myths revolving the band became bigger than facts, and now it might be hard to tell them apart.

The article poses the question as to what conclusion Joseph Campbell would draw from the various books, movies, articles and songs that were created as an homage to the musicians.

From CNN.com on December 7, 2005
Attributed to Todd Leopold (Entertainment Review)

Tags: A Hero With a Thousand FacesJCFMusicThe Beatles