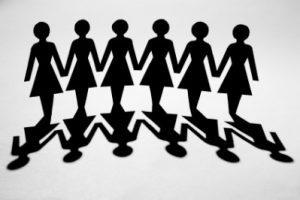 Ken Miyamoto writes for MovieMaker on the Heroine’s Journey and it’s new popularity.

World renowned writer and mythologist, Joseph Campbell developed The Hero’s Journey. It consists of a series of steps that take the Hero of any given story from The Ordinary World to The New World, hitting important stages on the way.

Those heroes were brave, intelligent and capable… men. Since men dominated society, they also dominated storytelling, leaving women a much smaller role to play. But women have now a much bigger role, both in reality and fiction. The Hero’s Journey is slowly giving place to The Heroine’s Journey.

Read more about how movies have been affected by that change.