Pagan Meditations: The Worlds of Aphrodite, Artemis, and Hestia

This book is Paris’s contribution to “imaginative” feminism.

An appreciation of three Greek Goddesses as values of importance to our twentieth-century collective life: Aphrodite as civilized sexuality and beauty; Artemis as solitude, ecological significance, and a perspective on abortion; and Hestia as warm hearth, security, and stability. As the author’s contribution to imaginative feminism, this book addresses both the meditative interior of each person and the community of culture.

Ginette Paris began her archetypal studies with this book. It has since become a foundation for the study of goddesses and how they imaginatively fit into our lives today.

Review By David L. Miller
Journal of the American Academy of Religion

Her truly remarkable work on the mythemes of three Greek religious figures is frankly feminist in perspective, but imaginably feminist and polytheistically so. « We are all Greek, » she writes (3), and she means by this to include the aphroditic, artemisian, and hestian aspects of men as well as women (192).

Paris writes: “There are as many feminisms as goddesses” (199) and she adds: “I do no think of polytheism as superior to monotheism – that would be contradictory” (198). True to these assertions, the text avoids literalisms and nominalisms. …Sensitive to the fact that “it is uninteresting if one only wishes to imitate the Greeks” (172), indeed, was uninteresting as imitatio Christi, Paris’ purpose is to make mythemes available “as a focus for questioning ourselves [individually and socially], for creating images” (172). …

The word “meditations” in the title is apt and should be read in the sense associated with Martin Heidegger and Marcus Aurelius. When Heidegger contrasted meditative with calculative thinking in his “Memorial Address” for Conradin Kreutzer in 1955, he claimed for the former the qualities of an “openness for mystery” and a “releasement toward things,” i.e., a humility in the face of the anxiety for certainty and control which could be correlated to a sensitivity for the body experience, qualities Heidegger thought were lacking in the encroaching sociologizing and scientizing of an-aesthetic life and thought in the academy.

That Paris’ work is meditative in this Heideggerian sense is especially seen in the way she handles the myth/history problematic. “The entanglement of history and myth is only embarrassing, “ she writes, “when we try at all costs to hold to the facts rather than to the spirit” (157). … Such modality leads Paris, and the reader, into a sensus communis that is reminiscent not only of Heidegger’s characterization, but also of the actual quality of text in the case of Marcus’ Meditations.

Like Marcus’ writing, this work is an essay…Indeed to this reviewer that the essay may well represent the mode, more and more, of thinking on the frontier as well as on the margins. One may recall other recent works: Anne Carson’s Eros, an Essay. James Carse’s Finite and Infinite Games, and Susan Sontag’s, essay on Roland Barthes. These move the marbles. Besides Marcus Aurelius, there are Emerson, Montaigne, and the zuihitsu of the fourteenth-century Japanese writer Kenko … Paris’ book belongs to this company of the scholarly essay… This book is not without passion and body … In fact, this meditative essay, in the view of this reader, demonstrates its author’s saying: “More complexity, fewer complexes.”

« In her hands, the myth of Aphrodite becomes « an alternative to both the Judeo-Christian attitude of sexual repression and its corollary, contemporary sexual promiscuity and the insignificance which accompanies it. »

« Imaginatively conceived and written, thought-provoking to read, Pagan Meditations offers something new – a vision of multiple feminisms, each as vibrant and varied as the real life situations which engender them. At the same time, Ginette Paris has recovered something old, something ancient – the realm of the pagan goddesses and their celebration of life. The book’s genius lies in its bringing the two together and allowing us to see three of the Greek goddesses as values of extreme importance to our twentieth-century collective life.

« Like Spignesi’s Starving Women, Paris’s book is an essential contribution to feminist psychology. Both authors share a passionate, daring approach to their subjects yet are able to present their discoveries: in very readable, accessible, form. »

-Mary Helen Sullivan
« Ginette Paris’s Pagan Meditations is a gem of feminine wisdom sparkling with the inner light of the author’s own deep convictions as a woman. Her rich personal experience and her wealth of knowledge as a social psychologist give this work an impressive scope. It radiates with a feminine power that reaches into the psychic life and spiritual inner workings of each person as well as the community of culture. She calls her spellbinding approach an « imaginative feminism. » With this she is able to weave together the objective wisdom and spiritual power of the archetypal perspective, as well as the mystery and artistry of the Eternal Feminine into a feminism worn weary by desiccating polemics and poisonous invectives on its political altars.

« This is an important book for both men and women at this pivotal time in cultural history when the Goddess is being reclaimed and invoked by collective effort to help prepare us to meet the New Age and its challenges. At this crucial point Ginette Paris « has sought in our cultural past whatever could be useful in nourishing the new gender identity and a renewed set of values for us to live by » (p. 197). Through tapping ancient sources she has succeeded in resurrecting a world view of the feminine that confronts the very spiritual and philosophical roots of the old patriarchal age and some of our most pressing social issues and problems. » 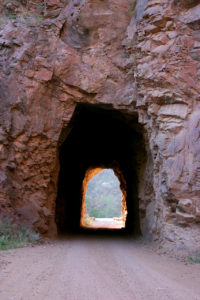