Dropping back a few thousand years, as human experience of the world changed, so too did the mythology that puts us into relationship with that world. Campbell notes that mythology seems to have evolved from framing our relationship 1) to the gods (Thor, Indra, Jehovah), then 2) to the exploits of the children of gods (Perseus, Herakles), and finally 3) to where we find ourselves today: a mythology that reflects and conditions our relationships to other human beings. A compelling example of this transition to a “creative” mythology is expressed in Plato’s account of love, the Symposium.

I would be remiss not to alert the reader to one of the key initiations connected with the discipline of philosophy: that the term “symposium” literally means a “drinking party,” which goes a long way toward explaining why people go into academic careers.

First the story, and then the reveal.

The Symposium takes place at the end of a banquet thrown to celebrate the poet Agathon’s victory in a big competition. One of the guests suggests they amuse themselves by giving speeches in praise of Love (Eros). The action famously concludes with Socrates’ description of Diotima’s “ladder of love,” the origin of what is now thought of as “Platonic love,” and a drunken Alcibiades hilariously crashing the party. A million sparkly details are scattered throughout these panegyrics, a usual feature of Plato’s dialogues, and well worth the reader’s time and effort; but I want to focus on the speech of Aristophanes, the comedian. He tells a strange tale describing the origins of humankind and why Love compels us to find our lovers.

Once you understand symbolic things, you, too, will see symbols everywhere.

On Karwa Chauth (Oct. 24) throughout the Indian subcontinent, Hindu women fast all day as a prayer of petition for their husbands’ happiness.

There is a sometimes charming, sometimes heated debate on the relationship between Wiccan Samhain, October 31, and Halloween on the same date. The latter gets its name from the Catholic vigil service, All Hallows Eve. The emphasis on the dead come to life with costumes and benign mischief has been embraced by both sides of the cultural transaction. Samhain, however, predates the 8th Century Catholic liturgical innovation by hundreds of years. 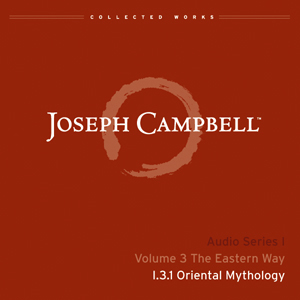 Will Smith points to Joseph Campbell in Describing His Own Journey