‘In the beginning, there was the Word.’

While this is obviously a prominent phrase in the Judeo-Christian psyche, it is not an idea unique to one culture. In origin stories from around the world, a divine voice is present at the moment of creation, and often is arguably the act of creation itself.The human voice, the act of speaking and singing, and language as a whole are deeply infused with mythos, far more infinite than our daily, often banal communications would suggest. At the first moments of human consciousness, we imagine a voice, both divine and yet somehow personified, and we claim its power for ourselves.Speech is what makes us special, one of the great abiities that begins to differentiate us from other creatures as we 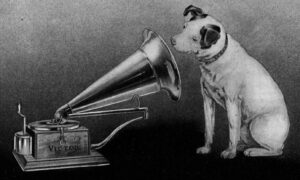 ll as from other men; and ultimately what makes us human. As creatures of story, we are creatures of speech.Our ability to speak is ripe with tensions and apparent contradictions. It both connects us and individuates us, it expands us as it limits us, we transform it as it transforms us. It is how we move from the images encoded in our eyes and our imaginations, and how we tell one another of those images and what they mean. Our words have meaning in their sounds, and in the silence between them.We speak of the past, we speak of the future, but the moment of speech is inherently the present.  Philosopher Martin Heidegger writes in On the Way to Language, “Since the Greeks, beings are experienced to be whatever is present.  Since language is, it – whatever speaking occurs at any time – belongs to what is present” (115).

What an extraordinary juxtaposition against the retelling of something that has happened in the past, whether mythic or practical memory, or of weaving stories that may happen in the future or maybe only in the connection between the minds of the storyteller and the listener.

And in that connection, speech has the spark of the divine.

Campbell speaks of the Voice of the Universe in a wonderful audio lecture The Inward Journey (click to link to download a copy for only $5.99!). Enjoy!