The Way of Art and Two-Way Roads

Art, among other things, is image-making. As a teacher of creative writing, I often emphasize the power of images due to their effectiveness in rendering experiences in our readers. Concrete language, which communicates to (and through) the senses, is what drives the written image. Concrete language is direct, visceral, and needs no explanation to work its magic. Abstract language, on the other hand, is conceptual. Like the image, it too renders experience, though in a different way. I ask, then: Is the experience-rendering value of abstract language any less potent or significant due to this difference? And even more to the point, is not abstract language, in its own way, concrete? After all, a concept or emotion or experience is, in fact, something. And by “something” I mean to say some thing.

This idea is applicable not just to creative writing but to all genres of art whose works extend into this kind of subtler “stuff.” This MythBlast aims to highlight the experience-numinosity connection by attending to the attributes of our experiences—be they emotions, sensations, or insights—as concrete or material phenomena, each unique and wholly its own.

The mythogenetic zone today is the individual in contact with his own interior life, communicating through his art with those “out there.” But to this end communicative signs must be employed: words, images, motions, colors, and perfumes, sensations of all kinds, which, however, come to the creative artist from without and inevitably bear associations not only colored by the past but also relevant to the commerce of the day.

Lent for the Eastern Orthodox Church begins March 16. Also today, and for the next five, Zoroastrians honor the creation of souls and their passing from this earth.

Spiritual renewal fills the hearts of the Wiccan community as the goddess returns on Ostara, March 20; the Shinto community celebrates Vernal Equinox Day or Shunbun-no-hi. 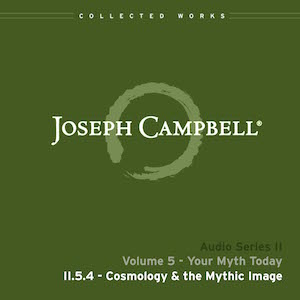 On Becoming an Adult