There and Back Again

Each month, we explore a theme through weekly MythBlasts, curated works, quotations, etc. This month's theme is The Community. The theme for July at JCF is Community, a term that draws all sorts of positive, warm and fuzzy projections today. In its broadest sense, a community is a social group with interests in common.

Nevertheless, in his description of the traditional hero’s journey as depicted in myth, Joseph Campbell seems to set the individual at odds with the larger community:

Your real duty is to go away from the community to find your bliss.

Is society then the villain here? Just what does Campbell mean by “community”?

Traditionally, according to Campbell, a mythology grows up within a bounded horizon, whether a tribe, a village, or a culture. “A system of mythological symbols only works if it operates in the field of a community of people who . . . share the same realm of life experience.” (Thou Art That, 8)

There are two ways of living a mythologically grounded life. One way is just to live what I call “the way of the village compound,” where you remain within the sphere of your people. That can be a very strong and powerful and noble life.

Though the community may not understand the individual who craves more than what “the way of the village compound” offers, Campbell does not suggest that such a divide need be permanent—far from it.

It’s no surprise that many interpreters of the hero’s journey motif naturally focus on the beginning of the quest (hearing a Call, which often involves realizing something significant is missing in life), with the idea of encouraging their audience to risk the adventure and dare to “depart from the ordinary world,” leave one’s comfort zone and step beyond the expectations, support, and protections of society.

Much attention is also paid to detailing the trials, ordeals, helpers, and guides one meets along the way, as well as the transformative initiatory experience that is the climax of the quest. Though this might include a literal, physical journey, the real work of initiation ultimately requires an inward turn.

On occasion, though, I notice the end of the journey gets short shrift from some who popularize it—little more than a mention in passing, as if it just naturally follows that everything will come out right.

This brand-new collection of letters features illuminating conversations between Joseph Campbell and a fascinating cast of correspondents, ranging from friends and cowriters to renegade scholars and fellow visionaries. Including letters from both Campbell and his correspondents, and spanning the course of his entire adult life (1927–1987), the collection demonstrates the lasting influence of Campbell’s work, which inspired creative endeavors and radical shifts in so many people’s lives. Included are exchanges with artists such as Angela Gregory and Gary Snyder; colleagues including Alan Watts, Ananda K. Coomaraswamy, and Maud Oakes; editors of his books, from The Hero with a Thousand Faces to The Mythic Image; and many others who engaged with Campbell in his exploration of humanity’s “one great story.”

“The pupil and the teacher. A relationship as old as time. In Daniel Quinn’s 1992 novel Ishmael, we, and our narrator, become curious pupils to the lessons of our unconventional teacher, Ishmael. Ishmael examines the mythology of “Mother Culture,” a global framework so omnipresent that many of us never recognize it. A world in which there are Takers and Leavers and how the way they live and the stories they tell have led us to where we are today. During a time of global warming, unequal distribution of resources, and war, Ishmael remains prescient. Quinn’s novel encourages us to look at our way of life and ask ourselves, is this sustainable?”

The opening section of the exciting collection of Joseph Campbell’s selected letters, Correspondence: 1927—1987, this fascinating follows the fledgling scholar from his early, exciting days as a graduate student in 1920s Paris to his life-changing stay working on the California coast and beyond. Through his correspondence with two of his closest friends, artist Angela Gregory and scientist Eddie Ricketts (the model for “Doc” in John Steinbeck’s Cannery Row), these letters show Joseph Campbell’s evolution as a unique student of a field that bridges both science and art, the new field of comparative mythology. They also show a glimpse of some of the amazing characters Campbell was fortunate to rub shoulders with, from sculptor Antoine Bourdelle and philosopher Jiddu Krishnamurti to author John Steinbeck and composer John Cage. 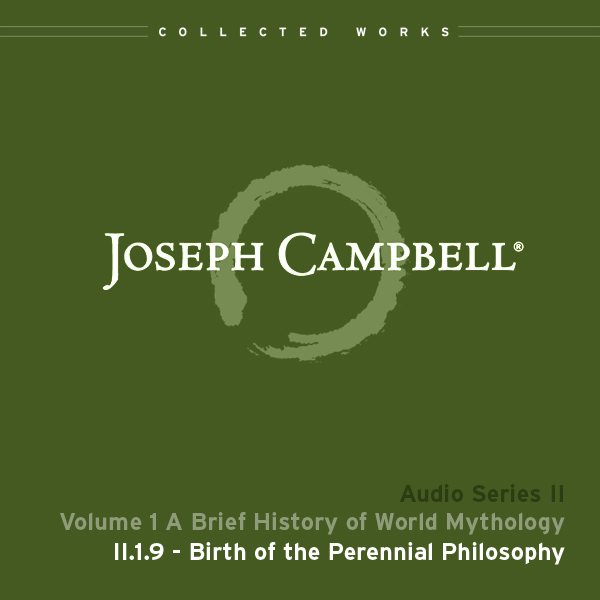 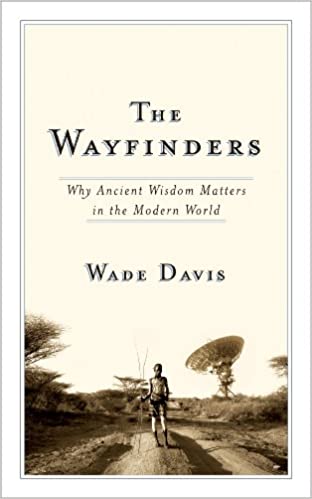 The Wayfinders: Why Ancient Wisdom Matters in the Modern World