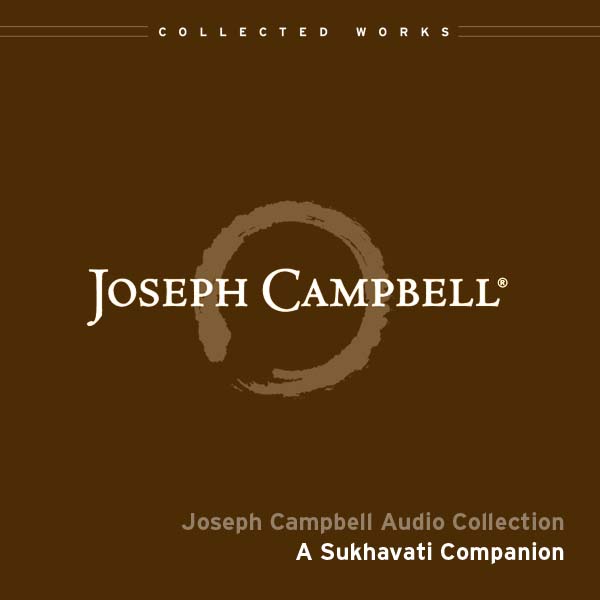 In the West, we have the idea of a conflict between good and evil, and so we are asked to stand for good against evil. We do not have a religion like almost everyone else in the world, putting us in accord with nature…. But in the East, the whole sphere of the universe is the womb of the Goddess, and the deities and all names and forms are within her bounds.—Joseph Campbell

Sheldon Rocklin and Maxine Harris’s film Joseph Campbell’s Sukhavati: A Mythic Journey is a cinematic meditation on the archetypal, fundamentally human nature of myth, drawn from lectures of the late Joseph Campbell. In this audio companion to that exploration, the Joseph Campbell Foundation has assembled a selection of audio recordings from those lectures and others—many never before released—that expand on and explore the concepts that Campbell touches on in the film.

In A Sukhavati Companion, Joseph Campbell explains the universal mythic images that are clothed in the forms of the culture from which they emerge, and introduces the listener to an on-going discourse on the universal themes, a perennial philosophy dating back over three thousand years. Campbell points to the factors that caused a shift from the visual and active references of earlier traditions, and to the the underlying psychological issues still at play today. He traces the origins of our contemporary crisis in the West to a failure of the primary aspect of mythology, that of reconciling us as individuals with our biology, our societies and the universe around us.