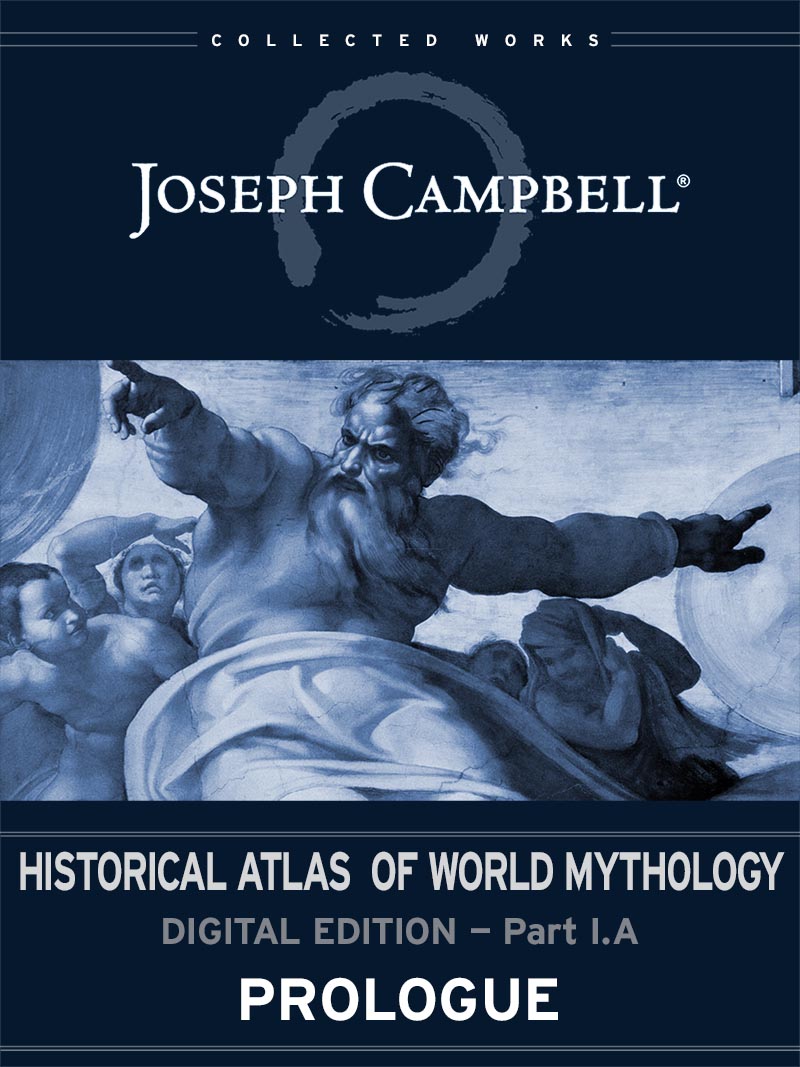 We live, today, in a terminal moraine of myths and mythic symbols, fragments large and small of traditions that formerly inspired and gave rise to civilizations. Our prevailing, Newtonian world view is of a three-dimensional space, “always similar and immovable,” within which changes occur through a dimension of time that is also continuous, absolute, and enduring. Here material bodies, drawn and held together by a mysterious force called “gravity,” are moved according to mechanical laws of cause and effect, the cause of the world itself being represented as the act of a deity generally envisioned as an anthropomorphic “spiritual” body, intangible, yet capable of functioning physically as a “First Cause”—such a one as appears in Michelangelo’s representation of The Beginning, on the ceiling of the Sistine Chapel in Rome.” — Joseph Campbell

In this first title in the release of the Historical Atlas of World Mythology — Digital Edition, Joseph Campbell begins his exploration of the development of myth across continents and millenniums. In the prologue, “The Mythological Dimension,” he introduces his theme: the ways in which myth has served both a universal, unifying tool across cultures, and as a distinguishing factor between them.

The second half of this ebook is made up of creation myths — familiar and unfamiliar — from every inhabited corner of the the world, from Asia, Europe, Africa, Australia, and North, Central, and South America, which bring marvelously to light the burden of Campbell’s thesis.

Campbell described his work as an attempt to tell humankind’s “One Great Story” — our saga of spiritual awakening and the subsequent development of the many different mythological perspectives that have shaped us throughout time. His central theme is that our seemingly disparate spiritual traditions are neither discrete nor unique, but rather each is simply an “ethnic manifestation” of one or another of those “elemental ideals” that have forever transfixed the human psyche.