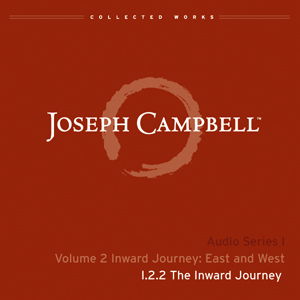 The Inward Journey (Audio: Lecture I.2.2)

In the imagery of the schizophrenic’s experience, Joseph Campbell recognized a synthesis of mythological motifs similar to Jung’s archetypes. He recounts Dr. John Weir Perry’s analysis of an individual’s descent into madness: the break away or departure from everyday reality, a retreat inward with dark encounters of a symbolic kind, and finally — in the most fortunate cases — a return journey of rebirth and renewal.

He then follows the uncanny parallels between these stages and the “universal formula” of the hero’s journey gathered from mythologies of cultures around the world, and reveals how the phases of the schizophrenic’s crisis correspond to the separation, initiation, and the return of the shaman’s experience during his voyage into other worlds. In later years, Campbell would learn that filmmakers George Lucas and Stanley Kubrick modeled their own work on his Hero with a Thousand Faces, the groundbreaking book that explores this “monomyth” of the hero journey.