Download  Theology, Love, Troubadours, and Minnesingers (Esingle from Romance of the Grail)

Theology, Love, Troubadours, and Minnesingers (Esingle from Romance of the Grail)

The dates for the emergence of the European spirit in its own terms in this secular literature and mythology are between 1150 and 1250. That’s the crucial century here. It’s the century, as I’ve said, of the building of the great cathedrals and also of the flowering of Arthurian romance. — Joseph Campbell

The twelfth-century in Europe was a time of change, growth, and conflict. The Western individualistic tradition of romance and heroism challenged the norms of medieval society, as poets and singers attempted to find a middle path between love (amor) and orthodoxy (Roma).

This short ebook is taken from 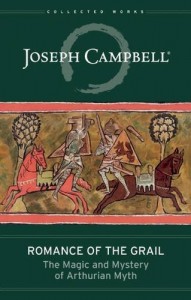 Romance of the Grail:

Magic and Mystery of Arthurian Legend