Myths, like dreams, are upworkings of the unconscious mind. 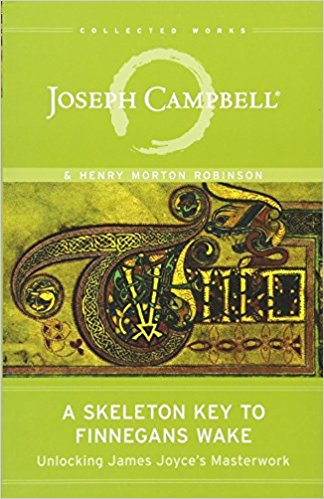 Countless would-be readers of Finnegans Wake — James Joyce’s 1939 masterwork, on which he labored for a third of his life — have given up after a few pages and “dismissed the book as a perverse triumph of the unintelligible.” In 1944, a young professor of mythology and literature named Joseph Campbell, working with novelist and poet Henry Morton Robinson, wrote the first guide to understanding the fascinating world of Finnegans Wake. Page by page, chapter by chapter, A Skeleton Key to Finnegans Wake outlines the basic action of Joyce’s book, simplifies and clarifies the complex web of images and allusions, and provides an understandable, continuous narrative from which the reader can venture out on his or her own. This current edition includes a foreword and updates by Joyce scholar Dr. Edmund L. Epstein that add the context of sixty subsequent years of scholarship.
A Skeleton Key to Finnegan's Wake
finnegans wake
hero's journey
james joyce
literary criticism
modernist literature
monomyth
Other quotations from this Title

Underneath the verbal ambiguities and philological traps of the Wake, deep speaks to deep about such everyday matters as marital discord, sibling strife, military slaughter, racial violence, theological differences, and financial thimblerigging — fascinating material that academicians (at their peril) fail to discuss or continue to ignore. [share]