From Goddess to God 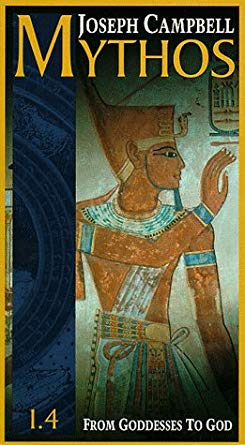 A review from All Movie Guide: As part four in the Joseph Campbell’s Mythos series, this video continues Joseph Campbell’s look at the development of religion. Joseph Campbell’s Mythos: From Goddess to God examines the reasons behind the shift from early female centered religions to religions that were attached to war-like male gods. Through examination of artifacts, historical records and myths that have been handed down through the ages, Campbell shows the progression of this shift in religion as the nomadic hunter-gatherer societies settled into a more fixed agrarian lifestyle. Campbell also suggests that it is this shift that gave foundation to the Judaic and Christian religions. Oscar Award winning actress Susan Sarandon hosts. — Ed Atkinson