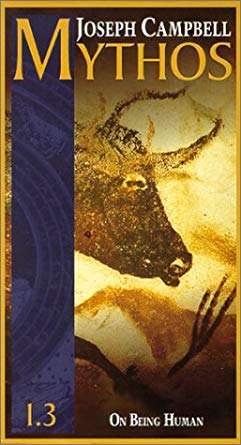 Journey with Joseph Campbell as he takes you through the shaping of the Eastern tradition and examines spirituality through the mythic images of Hinduism and Buddhism.

A review from All Movie Guide: As part three of the Joseph Campbell’s Mythos series, this video examines man’s emergence from the animal world and entrance into cognition. Through examinations of cave paintings and several early myths, Campbell shows how the Goddess or woman was seen as the creative force behind the universe. This belief led to the creation of religions and practices centered on the female among early hunter-gatherer societies. Oscar Award winning actress Susan Sarandon hosts. — Ed Atkinson

Experience the radiance of the divine presence everywhere. [share]

Change the focus of the eye. When you have done that, then the end of the world as you formerly knew it will have occurred, and you will experience the radiance of the divine presence everywhere, here and now [share] 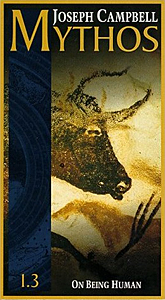