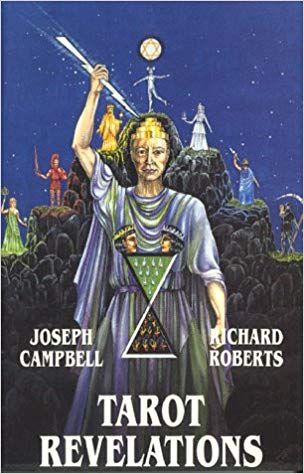 By Richard Roberts | Collaboration with Campbell

Tarot Revelations is an analysis of the mysterious philosophy in the ancient cards that became modern playing cards. Citing Dante, C.G.Jung, and early Gnostics and alchemists, Campbell and Roberts reveal a path that has spiritual meaning for everyone. Writing in collaboration with Richard Roberts, Joseph Campbell stated, “We have come to revelations of a grandiose poetic vision of Universal Man that has been for centuries the inspiration of saints and sinners, sages and fools, in kaleidoscopic transformations.” According to Richard Roberts, “In the 22 cards comprising the Major Arcana, we have a genuine document of the soul’s initiation into higher consciousness. As such the Major Arcana may be interpreted as a Western Book of the Dead.”