Experience of God, The 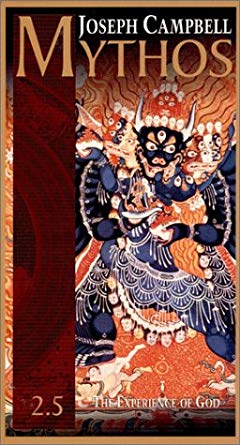 Mythos 2.5: The Experience of God

Joseph Campbell’s exhilarating story-telling and masterful teachings continue in this second volume on the One Great Story of our human adventure. Journey with this remarkable man as he takes you through The Shaping of The Eastern Tradition

Campbell demonstrates how Tibetan Buddhists turn the ritual experience of death into a spiritual exercise. Trace with him the stages of the Tibetan Book of the Dead in which the Llama prepares a dying man and his family for the final moments of life. This passage, in fact, is a journey downward through the chakras, the centers of energy of Kundalini Yoga. Campbell reveals how the Eastern tradition reaches its most sophisticated expression in the art, philosophy and mysticism in the Buddhism of Tibet.

A review from All Movie Guide: As the final part of the Joseph Campbell’s Mythos Series, this video sums up Campbell’s exploration of the Eastern traditions by showing the many teachers of wisdom who have believed that god or enlightenment are not outside of a person, they are within; meaning every human is in essence a part of god. By comparing several different religious texts, Campbell also shows how this message can be seen in the Western traditions of Christianity and even in modern psychology. Oscar Award winning actress Susan Sarandon narrates. — Ed Atkinson